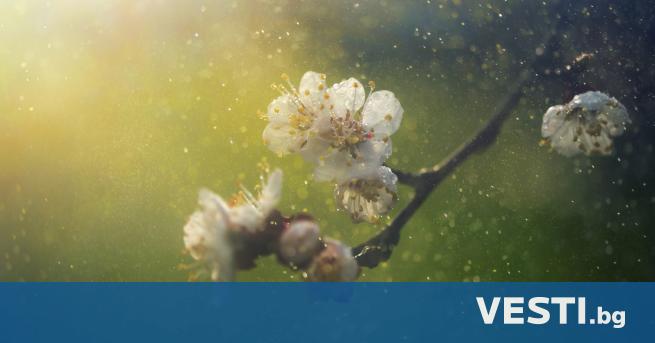 AND. there are not many rains expected on Friday. Only in separate places in the mountainous regions of South-West Bulgaria is it possible today and tomorrow to be overcast, but will generally be dry, mostly sunny spring weather.

Temperatures through Thursday will be lower because of slightly cooler air that invades the Balkans, with diurnal temperatures of 14 to 15 degrees, and the highest western fields of 12 to 14 degrees. This indicates the medium-term forecasts presented by Radio Darik.

So from Saturday, for a slightly longer period of time, there will be a change in atmospheric circulation that starts in the middle of this week. In the past 10 days, powerful anti-cyclones have settled throughout the European continent, so the climate of the country the previous week was drier. Now, however, low pressure centers will be deployed throughout Western and Central Europe and throughout the Eastern Mediterranean. This will change the atmospheric circulation on the Balkans later in the week as the Mediterranean cyclone approaches the southwest and

from Saturday to Sunday time will be broken.

Rain will start to be more active, more abundant in the country, especially on Saturday afternoons, on Sundays with short breaks. On Monday there will be a new amount of rainfall in a new Mediterranean cyclone that will move to the west of the country.

Over the next week, with interruptions, weather in the southern part of Europe over the Balkans in the eastern part of the continent will be conditioned and determined by centers of low atmospheric pressure, which means more rainfall. This situation should remain the same until April 15-17, and in some days it will be more active, and in others only in the afternoon.

On Tuesday, clouds over the country will be destroyed after lunch in the western half – significant. Somewhere there, especially in the mountainous regions, it will rain. It blows weak on the Danube plain and in the eastern regions to a moderate northeast wind and with it will penetrate the cooler air.

The maximum temperatures will be between 14 and 19 degrees, in the northeast of Bulgaria and in the Black Sea – 11-13 degrees. Atmospheric pressure will increase, it will be higher than the April average.

On the Black Sea

there will be temporary increases in the area, more significant in the southern part. It will blow to moderate the northeast wind. Maximum temperatures will be 11 to 13 degrees. The sea water temperature will be 10 to 11 degrees and the excitement of the sea – 3-4 bales.

the cloudiness will be variable, more significant in the afternoon and mainly in the Rila-Rhodope massif will pass over the rain, over 1800 m – snow. It will blow moderate to strong northeast wind. The maximum temperature at a height of 1200 meters will be 8 degrees, at 2000 meters – about 1 degree.

Everything about the weather in our country and around the world can be found at Sinoptik.bg.