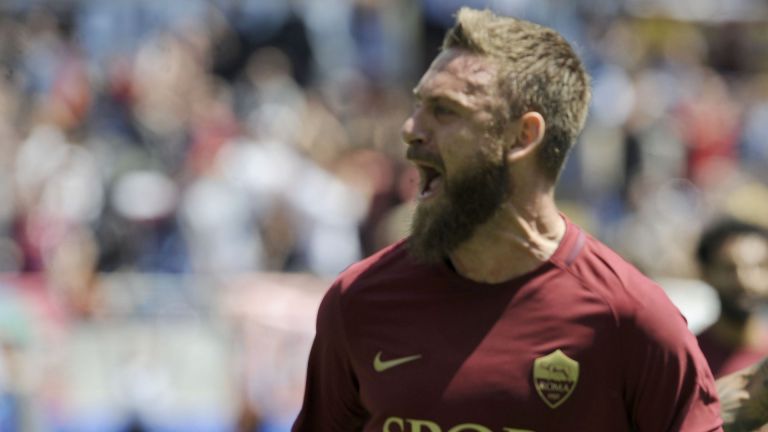 "Why are you laughing, boy?"

"So, what makes you so happy?"

"Really? What if I say you're going to play over 600 games when you get big?"

"If I use it and once in an official match, it will be more than great!". 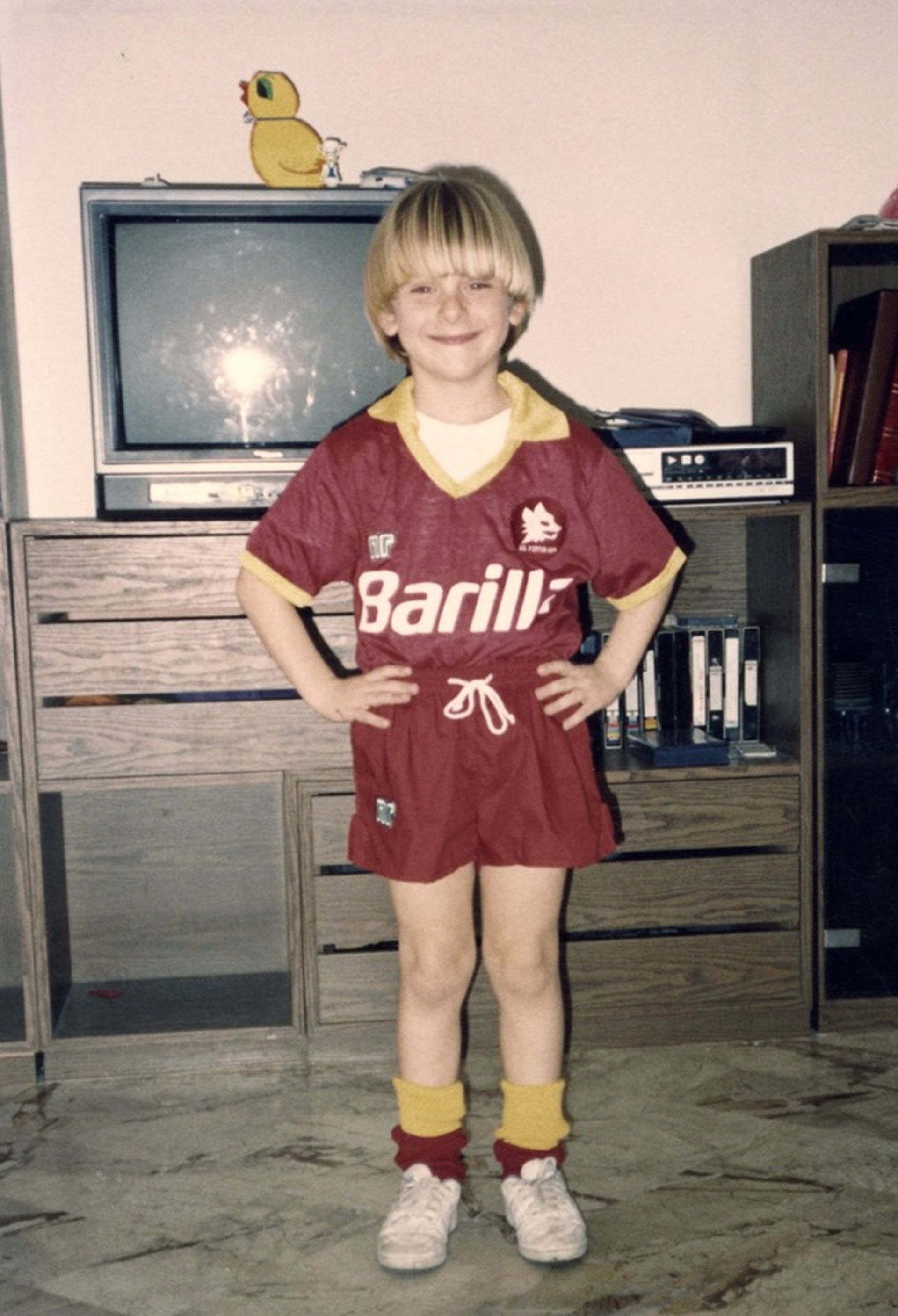 When I look at this photo – my son, I understand how lucky I am. I never took that as a given, but I will never be able to thank you for that luck and honor.

It was a long journey, fueled by my love, that never cooled down for this club. "

This is how Daniele de Rossi's letter, published on Romana's official page, comes with his picture as a child with the team (above). Today the Romans take Parma in the last round of Serie A and Daniele is retiring from the team.

"Thanks to my fans, I can call you today, you are the reason to choose this city, this team and this way of life again and again, for the last 616th time I'm going to do it on Sunday. ! " 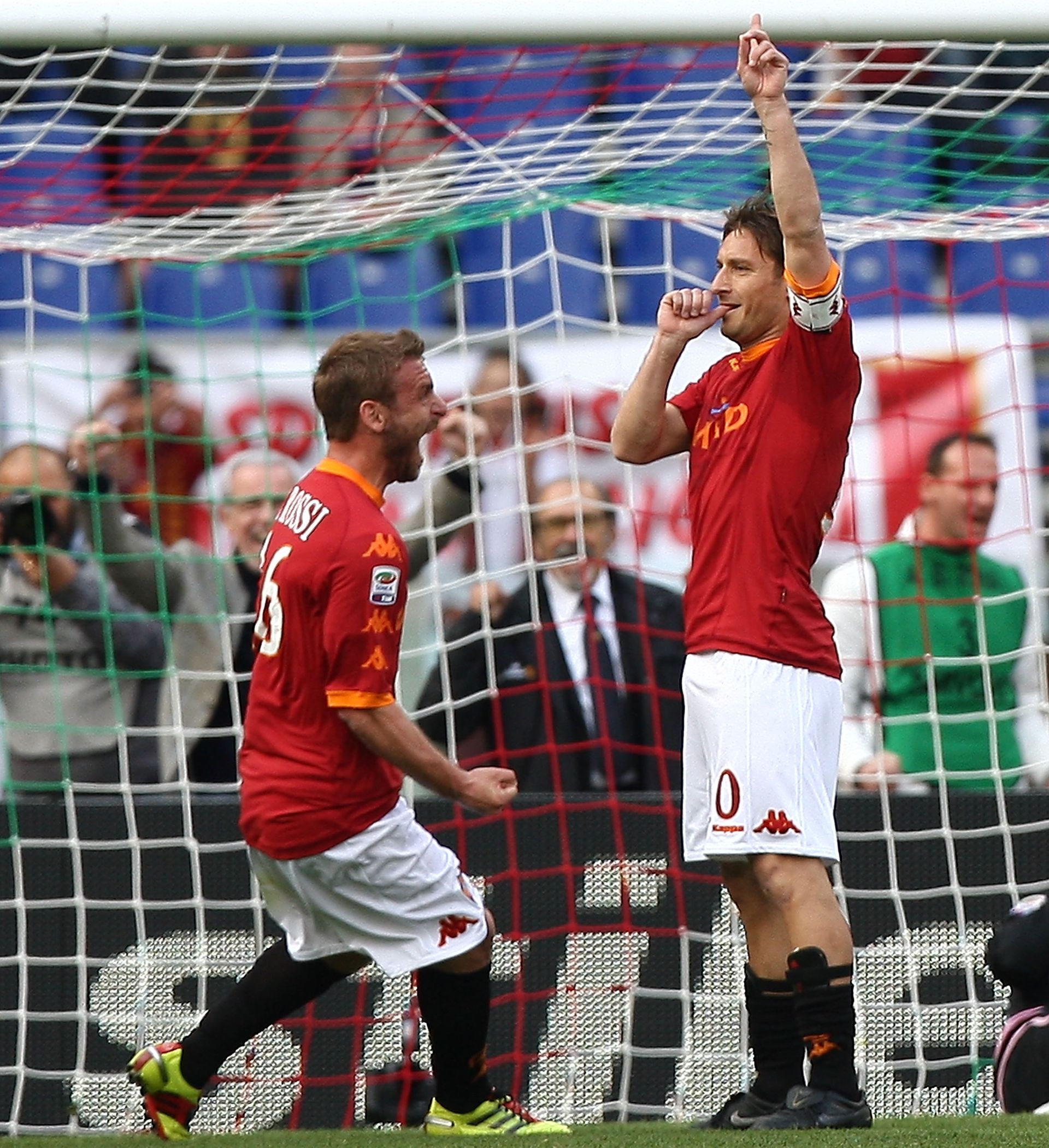 Explanations of love that are not empty words. De Rossi was born in Rome, the son of a former player and coach of Roma, who spent all his life in this club.

Daniele de Rossi is our pride. "

This banner is well received by Roma fans.

He is at the top among the players who have made their career in only one team, staying in it. 18 years old.

He played 615 matches, won the captain after the great Totti, won twice the Italian Cup, was number 1 in Serie A also twice … World champion with the 2006 selection

De Rossi is not the modern footballer. On his calf is a triangle "in death" tattooed with a player making a killer sword and a danger sign. That's it – it's okay, anything can happen to you.

He debuted in the fall of 2001 when he was 18. He missed the chance to become a champion with Rome, which happened the same summer. 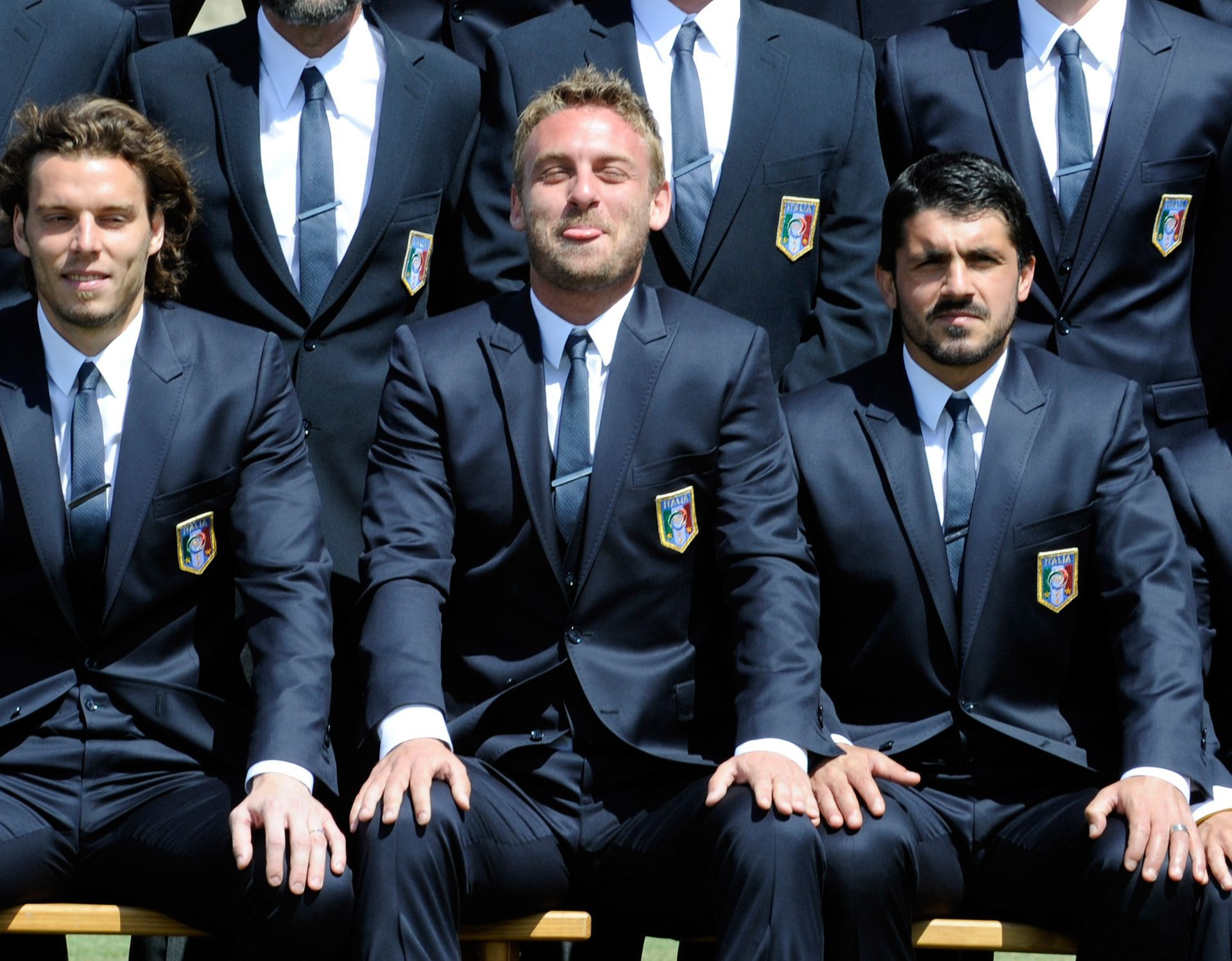 Daniele is the most successful midfielder on the team in Italy after World War II. Secondly it assists in the history of Rome, as well as second in matches by the club. Both places are surpassed only by Toty.

Over the years, he wanted a bunch of grands, including the odious Juventus.

"I'm just talking to you about the fact that Buffon and Pirlo are playing in your club, are the only words he says to Alesio Seko, the King of Youth Transfers, who calls him to say that the Turin club wants to take him.

"When I see a player playing in the locker room, taking a photo, sitting in front of the mirror before a workout or a match … I have to get a baseball bat …!" He told him in an interview.

"Rome is the most beautiful city, but the most militant city in the world", says after another red card: "We are not playing here, no one can come and do what they want!"

Men like him cry, this is proven. He has a terrible separation from the model and daughter of his daughter Tamara. 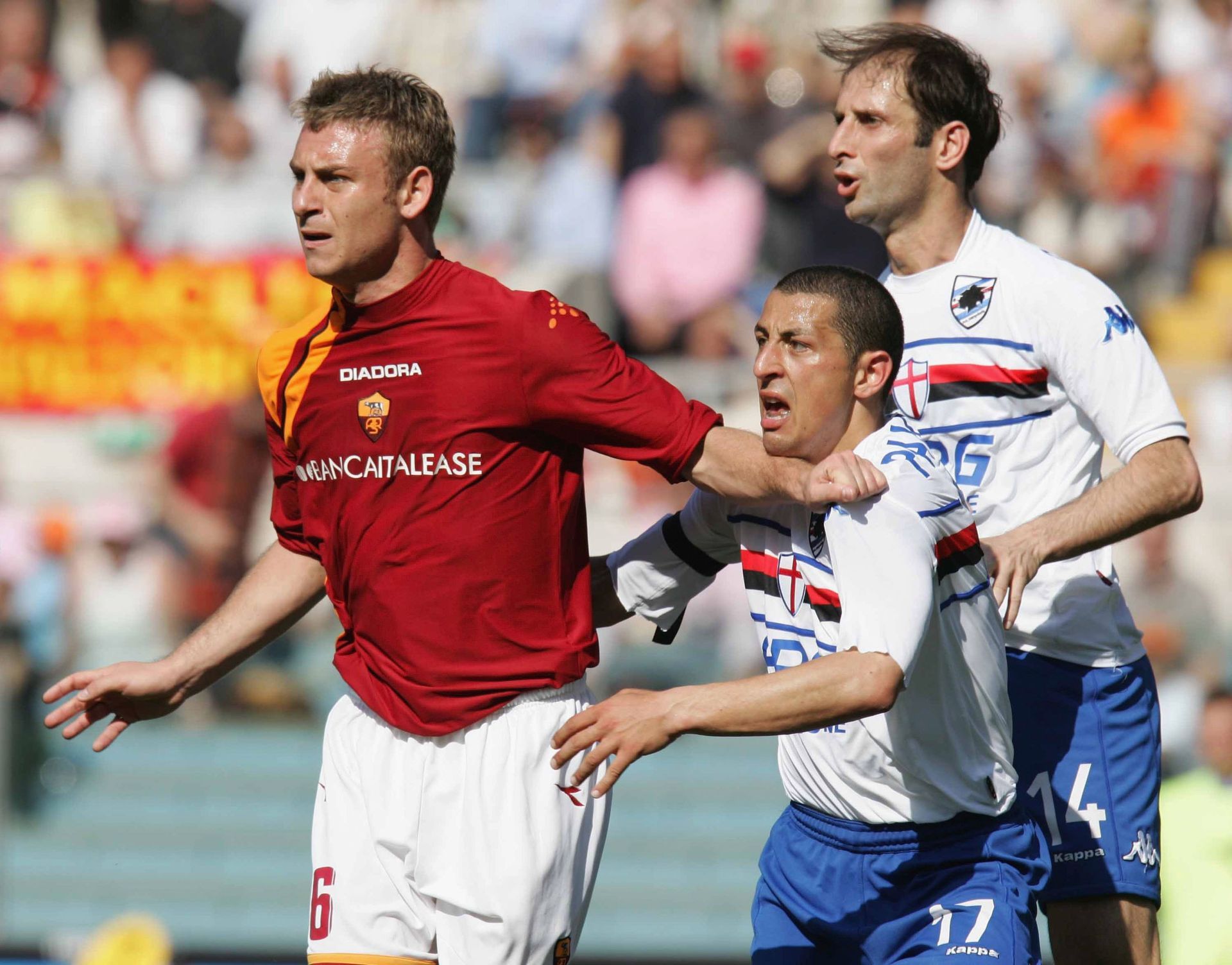 Two years ago, he was crying at the funeral of a special man – Pietro Lombardi, part of the host of the Italian League for the 2006 World Cup, who took care of the teams, the players' facilities, everything. The heart and soul of the camp.

At the funeral, Daniele handed his medal to a world champion in Pietro's coffin. Here's what we're talking about.

In fact, he is not the last … The born and raised in Rome and Rome Alessandro Florenci takes the relay. He is now 28, playing eighth season in the club of his heart and childhood.

After Totti and De Rossi, it is their turn, the traditions of Rome must be maintained.

Today, however, the Eternal City will weep for Daniele, his gladiator. 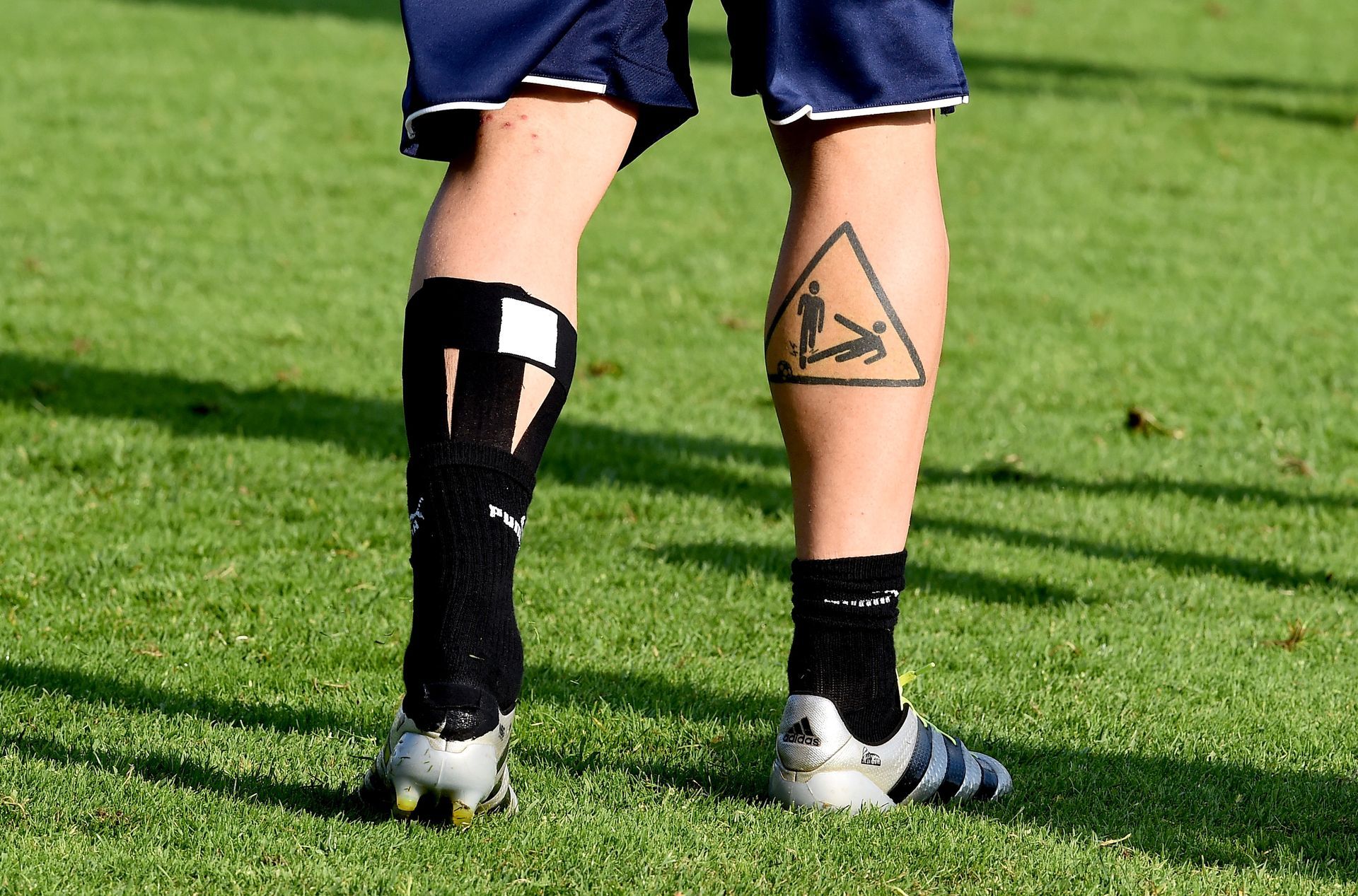