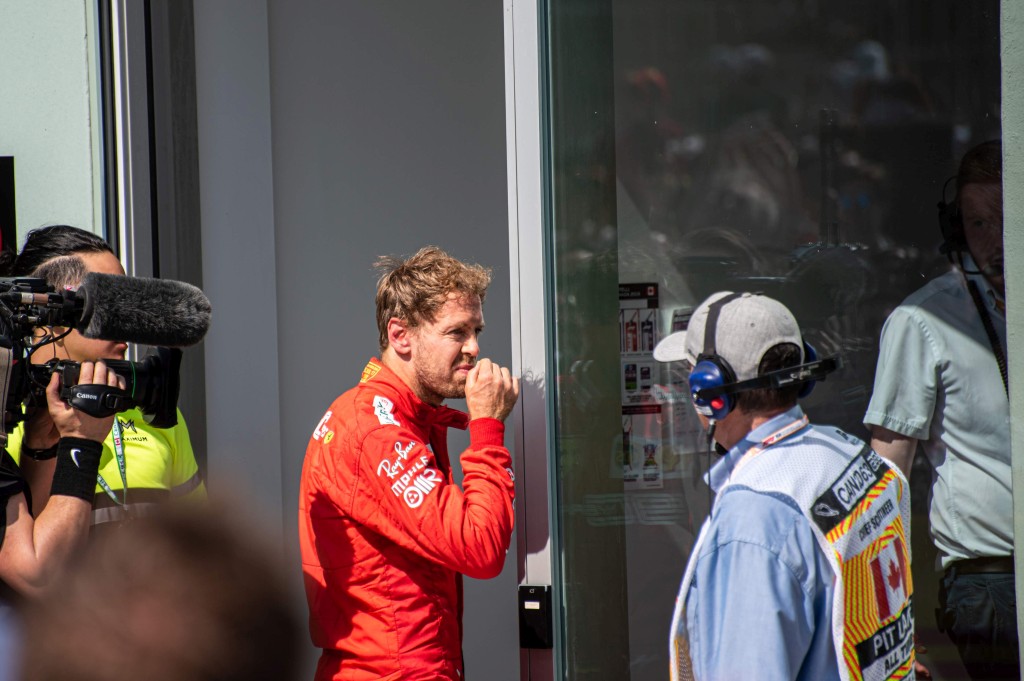 The FIA ​​formally rejected Ferrari's request for a further review of Vettel's penalty spot at the Canadian Grand Prix.

The German was sanctioned with 5 seconds for a dangerous return of the track in its battle against Lewis Hamilton. Because of this, he lost the victory and was awarded to the Mercedes driver.

The scout uses your right to file a request for a new examination of the situation. And this would only be possible by presenting new and significant facts and evidence related to the case.

However, according to the FIA ​​guardians of Canada, there was no such and they rejected the request for review of the penalty.

Ferrari presented a Vettel telemetry analysis, video and imagery of the situation as well as GPS data of Sebastian and Hamilton's cars in the lap of the incident

In addition, the Scuderia provided a video on board the Vettel helmet camera, Sebastian's explanation of what happened and the analysis of the situation of Karun Chandok of British Sky Sports. In it he categorically states that this is a racing incident and explains why.

With regard to the Vettel telemetry analysis, the Sebastian and Hamilton video cameras on board, photos, GPS analysis and the personal explanation of what happened to Vettel, the commissioners concluded that these things were already available to them in making the decision. time of the race.

As for the onboard video of Vettel's helmet camera and Chandok's analysis, commissioners have decided that these are new elements, but they are not significant. 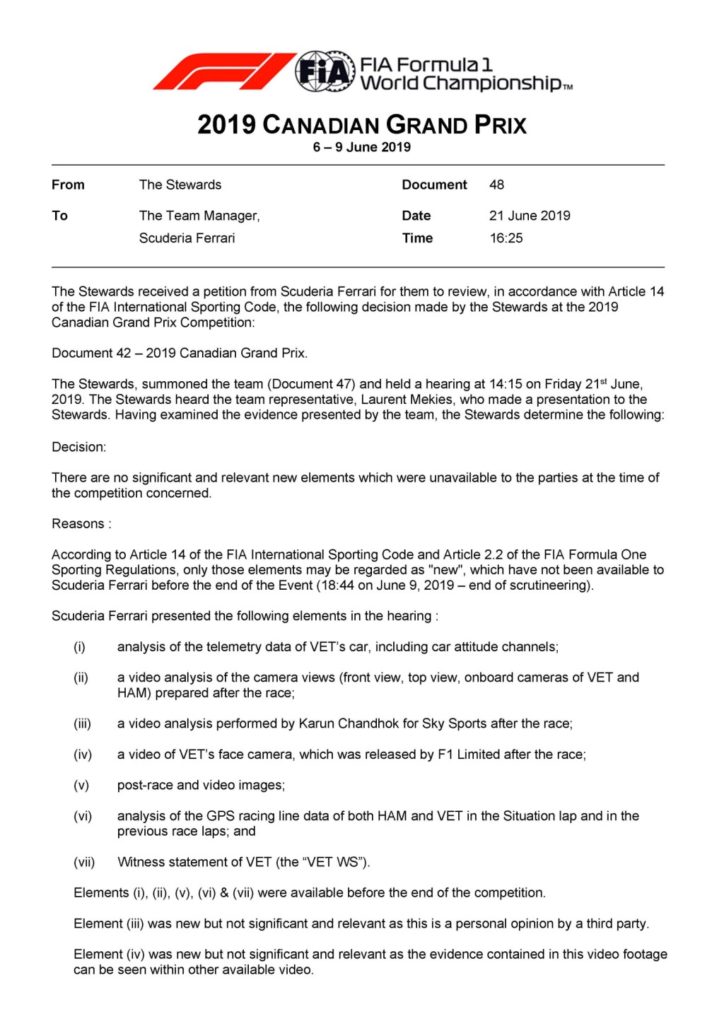 If you have found a spelling mistake, please let us know by checking the text and clicking Ctrl + Enter