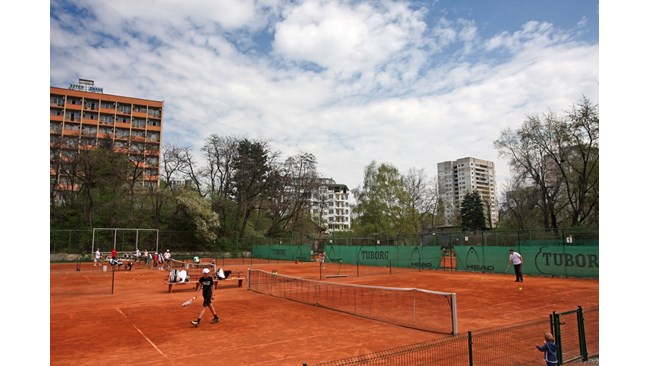 After the real estate boom, clients are more cautious and often add to the money saved a loan of only 40-50% of the cost of housing.

In Bulgaria, no state institution has accurate data or methodology on what the actual average cost per square meter of housing is.

Therefore, the comparison of the amount of mortgage loans is

This banking trend follows the rise in real estate prices over the three years that the National Institute of Statistics officially gives.

150 thousand levs can cost a room in Sofia or Varna, but with this amount can be bought a two bedroom apartment in Pleven or Veliko Tarnovo. By the same amount, it will be difficult to find a good house of about 100 squares in an elite metropolitan area.

Former President of the Association of Credit Advisers (see box) Tihomir Toshev confirms that it is almost impossible to give a specific value to the actual prices of the apartments.

Toshev warns that even the 130,000 leads per apartment in the capital can not be taken for granted because the total bill includes both villas in the vicinity around the Doctor's Monument and panel apartments in Lyulin and Ovcha Kupel.

The other factor that hinders the task is that the credit granted is not equal to the real value of the housing purchased with it. Many things depend on the year. In the real estate boom, banks have often been able to finance much of the real estate value – up to 90% and even more than 90%. In cases, they even added the missing part to consumer credit, but

After the 2009-2011 crisis, not only financial institutions, but also consumers themselves, have become more cautious.

"There are now clients who have saved some of the value they need to buy the home, and are only doing a mortgage loan for the rest." Cases are varied, but often only 40-50% of the property's value is taken out, "said Tihomir Toshev.

Today, people still buy a home primarily to meet their housing needs, and often agreements are concluded after the sale of another home, collecting money from relatives and acquaintances, and the mortgage needed to make up for the amount they need.

Because price differences, especially in a big city like the capital, are often double or even triple. And if you compare common houses with luxury homes at the foot of Vitosha, they become even more drastic.

So how to judge

What is the real thing?

One of the basic rules in statistics is that the more primary information we have, the more accurate the final outcome will be. Many evaluators therefore advise us to view databases with homes for sale, but those who have as many ads as possible.

Sites now allow you to divide by neighborhoods, type of housing – brick, panel, EPC, number of rooms, be it an apartment or a house. And when a sample is seen, the site calculates the average price per square meter, more often in euros and levs.

Of course, these are high offer prices. Often on the advice of the brokers themselves in order to achieve, on the one hand, a more profitable business to sell, and on the other hand, because the commission of real estate agencies depends on it.

The average purchase price is the best estimate

Caution should be taken only to compare comparable things. For example, if we are looking for the cost of a three bedroom apartment in Dianabad, where there are many panel apartments, but also many new constructions, we have to separate the offers from others.

In the case of Dianabad, we found 116 sales offers, but we will note that the difference in the average price per square meter is around 120 euros, ie the old building and the panel apartment are cheaper than the homes of a building, even though they are in the same neighborhood.

If a person has time to play with the proposals, he can also separate the dwellings in a brick building from the EPK buildings. The professional evaluation of a house is quite different. It costs between BGN 120 and BGN 150. In large real estate agencies such as Address, Yavlena, Bulgarian Properties, they work for 5-6 people who are certified as being valued by the most popular methodology – the British RICS.

there is no uniformity

evaluation of housing. Formally, evaluators whose grades are recognized by all institutions must have a certificate issued by the Independent Board of Advisors in Bulgaria. It is issued after an aptitude test, which is placed before the Chamber of Sages, which it draws. Certificates for real estate appraisers are very few.

Credit counselors are already over 40

The Association of Associations of Credit existing in Bulgaria was in disintegration a few months ago when its leadership broke. Some of the founding companies have left it, including its former president, Tihomir Toshev.

"The reason was that there was a lot of pressure to accept members as companies that, to say the least, have not yet demonstrated professionalism, experience and loyalty to customers, including newly registered companies." I suggested that only companies with at least two years of experience were accepted but were not accepted and that is why we have to leave the association, "said Toshev at 24 hours.

According to him, there is already a case of a lawsuit against a company – a credit counselor, something that did not happen in previous years. Companies that claim to offer this service in Bulgaria are already over 40 years old.