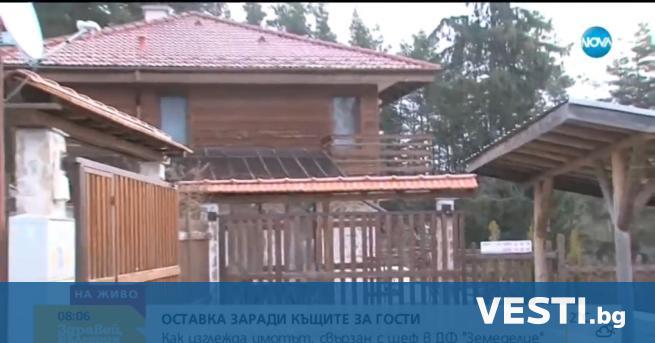 W the owners of a guest house for which Deputy Executive Director of the State Fund for Agriculture Ivanka Bagdatova-Mizova resigned, confirmed that they knew her, but denied that it had anything to do with their business.

By order of Prime Minister Boyko Borisov, Agriculture Minister Rumen Porozhanov called for the resignation of Ivanka Bagdatova-Mizova after it became clear that his phone was declared as a contact on a reservation site for the guest house "Tara" in the village of Jundola. It is about two houses that can accommodate 15 people.

On NOVA's plane, the mayor of Yundola and his wife Mehmed and Emine Mestan denied that their pension deals had anything to do with Mizova. According to documents, the owner of the two houses is Emine Mestan. The family admitted that they knew the former deputy head of the Agricultural Fund, because their mother-in-law had property in Yundola, but they say they have not seen her for years. Mehmed Mestan says he learned yesterday that Mizova is a head of the Agricultural Fund.

The Mestan family said they did not know how Mizzo's phone had appeared at the accommodation. Online advertising was offered by your guests years ago. They also said that since they owned the home, they have been repeatedly inspected by various institutions, including State Farm Fund.

See more in the video