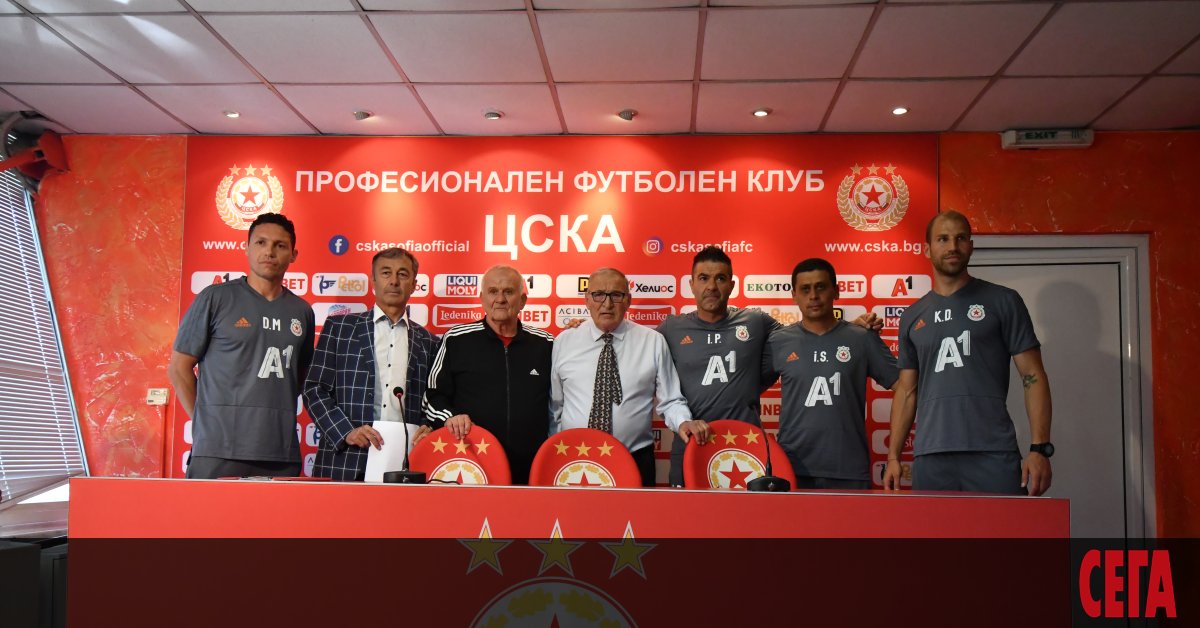 National Ivan Turitzov was not part of CSKA Sofia for a while. Prior to yesterday's first training, CEO Plamen Markov announced the names of the detainees – Angel Lyaskov and Turizov. At the mention of the last coach, Dobromir Mitov did not hide his surprise before the journalists. "Turkic?" Asked Markov, and received an affirmative answer. Just a minute earlier, Mitov explained how Turotsov recovered from the trauma, but hopes to get involved in a later stage of summer training. Later it became clear that Markov was wrong.

Otherwise, three of the goalkeepers – Dante Stipica, Georgi Kitanov and Slavi Petrov, defender Stephen Pereira, midfielders Alexander Georgiev and Nikola Kolev – are released from the club. Georgino returns to St. Etienne. In a few days, it will be clear whether Portuguese Nuno Tomasz, who plays as a Belevenschez transfer, remains or will leave.

The new ones are currently national player Petar Zanev, Italian ace Diego Fabriini, Scottish striker Tony Wot and former Spartak player M, Denis Davidov. And there will be more new ones, as we have learned in the words of Markov and Mitov.

It was also clear that the coach is ready to win a title or a cup. "And best of all," said Mitov, adding: "It's very important to bring a trophy because everything else is not seen with good eyes … He's always working under tension." He admitted that the decisions will be taken in conjunction with Lubomir Petrovich and Dimitar Penev.

With the team, four other teams were assigned to other teams last season – Plamen Galabov ("Etar"), while goalkeeper Petar Petrov, Mitko Mitkov and Ivan Mitrev return from Litex. Ilia Shalamanov (17) comes from school.

Plamen Markov also commented on the scandal with the Black Sea players, who doubted they played simulatively in a match against CSKA Sofia. "As suddenly this scandal appeared, suddenly disappeared, we have no regard for it, we are fighting only in the field, some have tried to solve their mistakes in the field," he said.