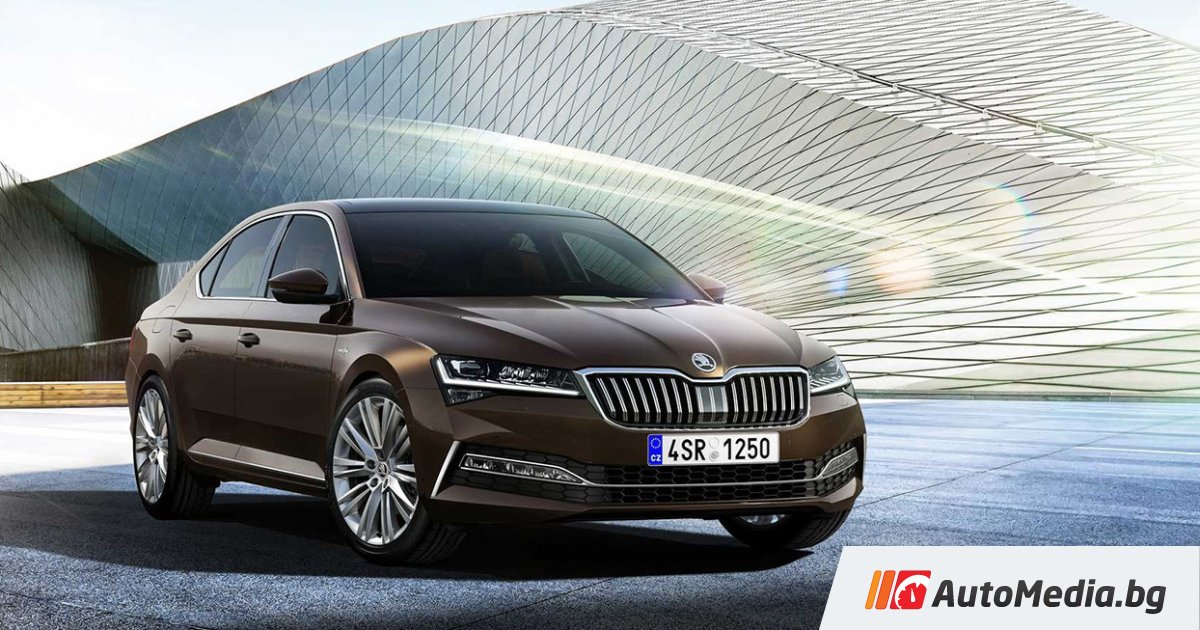 The flagship of the Czechs also received a draft version Skoda introduced the upgraded Superb, which became the first hybrid model in the brand's history. In addition, the Czech flag also received a Scout version.

The car's design has been updated in evolutionary style – the backlighting of LED lights, which are combined with a chrome line. Instead of the brand logo, Skoda was featured in the models Kamiq and Scala.

Headlights have been changed – they are already matrix and LED, and this technology debuted in a Skoda car. The radiator grille and fog lights are also different. The new bumpers increase the length of the Superb by a few millimeters.

In addition to the new body colors, the flagship of the Czech also receives additional types of saloon layout. The center console and dashboard are chrome with additional lighting. The Simply Clever features are complemented by extra space in the wagon compartment, as well as a different baggage system. Several gasoline and diesel engines are available for the car. The basic model is 1.5 TSI with 150 hp. and a 6-speed manual gearbox or a 7-speed "robot". The ETI 2.0 is followed by a 190 or 272 hp engine. and DSG. The most powerful option combines with a four-wheel drive system.

For the first time in Skoda history hybrid modification is offered. It has a 1.4 TSI petrol engine of 156 hp which runs on an electric motor of 115 hp. and a 6-speed DSG gearbox. The power of the unit is 218 hp, and is borrowed from the updated Volkswagen Passat GTE.

The battery with a capacity of 13 kW / h allows only 55 km of electricity. The total mileage of this version is 800 km. The Hybrid Skoda Skoda Superb iV is more impractical than the standard versions. The rear battery reduces the load volume from 625 to 485 liters in lifts and from 660 to 510 liters in the wagon.

As far as the Scout version is concerned, it has received up to 170 mm of ground clearance and special protection for the radiator and the lower part of the body. There is an additional mode of rough road that increases the distance by another 15 mm. The Scout engines are the 2.0-liter diesel with 190 hp and 400 Nm as well as the 2.0-liter gasoline engine that now has 280 hp. and 350 Nm. The base versions of the updated Superb come out in the summer, and the hybrid version will be released next year.

More on the topic: