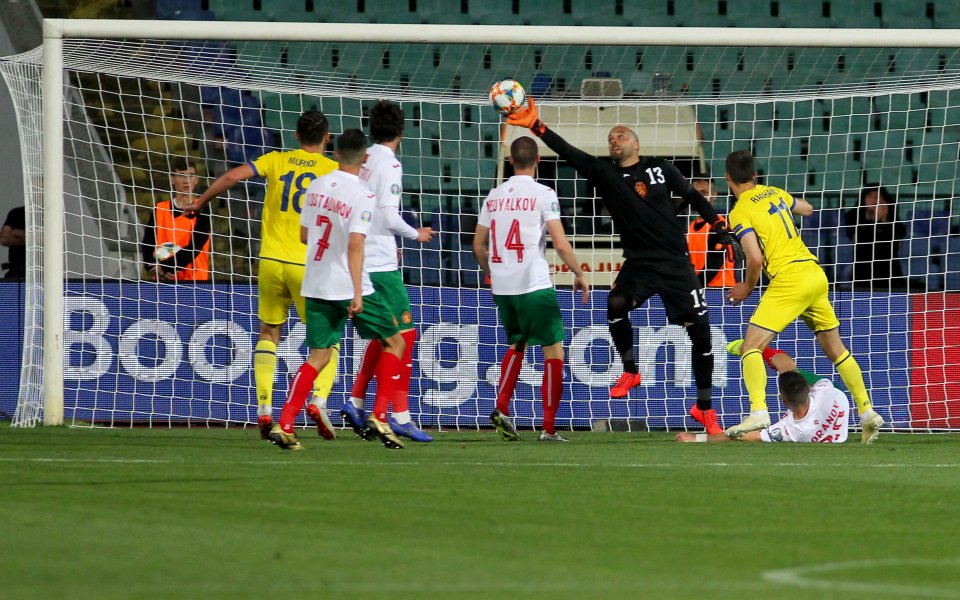 Bulgaria goalkeeper Nikolay Mihaylov has claimed his rival Kosovo, who he believes deservedly won the match at the Vasil Levski National Stadium.

"It is difficult to find words, it is not worth complaining and justifying, especially the second time was the best team on the field, they lost more points, played with Kosovo and scored three goals, so we did not finish the job." apparently they were much cooler than us, obviously the class of the players, the teams they play seem to make a difference. "

"In Sofia, to get three goals, there's no need to comment."

"I thought after the second goal we were surprised, but after 10-15 minutes they regained confidence, they wanted to win, many players ahead, center left, right, even with the Czech Republic in Prague, the second half was not so imposed on our doorstep. pause, we need to learn the lessons and prepare for the next matches, "added the goalkeeper.