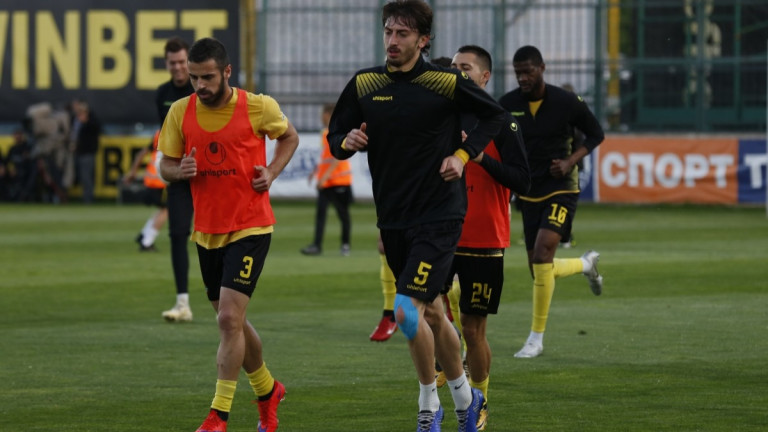 Ludogorets and CSKA are included in the battle for the signing of defender Botev (Pd) Christian Dimitrov. It is also desired by Levski, but "eagles" and "red" are big favorites for his signature, says Meridian Match.

About a month ago, it was reported that the talented 22 year old footballer signed a contract with the "Army" and could even be considered as his player for the new season. However, the information has not been confirmed, which clearly shows that the future of Christian Dimitrov is still unclear. The defender said recently that it would not be a problem for him to stay in another season in Botev.

The newspaper adds that Dimitrov declined an offer from the United States to the city of Orlando. The first offer was $ 300,000, plus 20% for Botev (Pd) on the next transfer. It was rejected by Dimitrov. The MLS club raised the miz, but the second offer was denied. This clearly shows that the interest in the Botev defender is enormous and that the canaries are very difficult to maintain.

Ludogorets is looking for a new central defender, since Kosmin Moczi is at the end of his career and has a very bad season. The future of another defender is also unclear – Rafael Forster, who will almost certainly receive his luggage after the end of the season. In CSKA, although there is an increase, they are well aware that they have problems in defense. For the captain Nikolay Bodurov has interest abroad and he can have his "last 10" career with a pass to a Russian or Turkish club. It is not yet clear whether Biolienzès player Nuno Tomas will sign a permanent contract, Bozhidar Chorbadjiyski's form is hesitant throughout the season, and Valentin Antov is still too young to be the champion in most games.

Christian Dimitrov: Why not stay in Botev (Plovdiv)?

"Let's finish all the games and let's think"