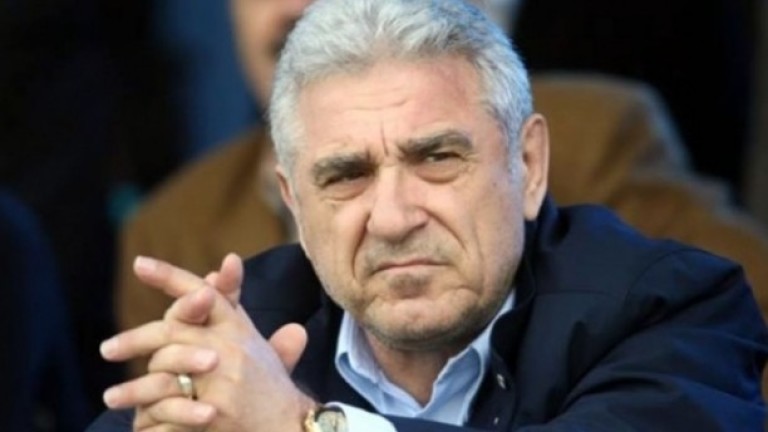 Famous football coach Giovanni Becali talks to Theme Sport after realizing that his agency will be transferring to Levski.

"I have to help my friend Vassil get Levski out of the problems he has suffered in the last 3-4 years, and Levski will be a champion again, and we will look for players who do not cost a lot so they can bring money to the club. The most important thing is that Levski will not have players with 25-30,000 euros a month Vassil is rich, but that does not mean I have to throw wind money.

I will be like a bodyguard – I will not allow players to steal money. The goal is to get them out. I have recommended Bogdan Patrascu, who has worked for me for 3.5 years.

I have friends in both Ludogorets and CSKA. Including Grisha Ganchev. My best friend is Vasil Bozhkov. I want to help him.

Junior Moraes brought him as a free agent and was sold for more than 1.5 million euros. I took money for a brandy, but no problem, because the owners Ivo Ivanov and Mitko Borisov were my friends.

Only qualitative players will come to the Levski, which after two or three years will cost several million. Levsky does not need 5-6 triciks for 28-30 years to receive large salaries.

My cousin, Gjiji Bekale, collected about 150 million euros of transfers to Steaua for ten years. Before he started to win, he had invested 30 to 40 million. Now he does not spill, he works with the money he has earned. This is what Vassil Bozhkov must do – within 3 to 4 years, the club will earn enough without depending on their personal assets. Fans are relaxed, but things will become easy. As the Italians say, "those who go slowly go far," Becali said.

In Romania: Levski will have 10 million euros for summer transfers

Today, the media reported that Bekale Management Consulting will be responsible for the technical part of the "blue"