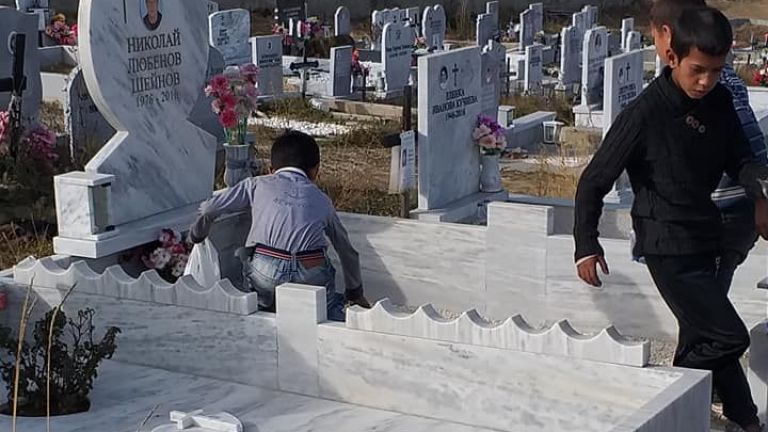 Children in Rome's Samokov neighborhood feed themselves on the food burials traditionally left for Archangel Soul's dead – this fact, which became public after a video clip on the internet, caused hundreds of indignant comments on social networks yesterday.

The video, however, provoked controversy – some people have argued that the cause of what is happening is misery and can not be said to be a reminder of the dead. 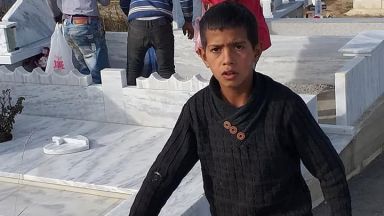 It happens every day, but in the saddle of gypsy children come with bags, because then there is much more and more diverse food.

"You just do not have the things you have for your loved ones yet already got. They expect, but … a little respect. They will accept in any case, "a woman told bTV. 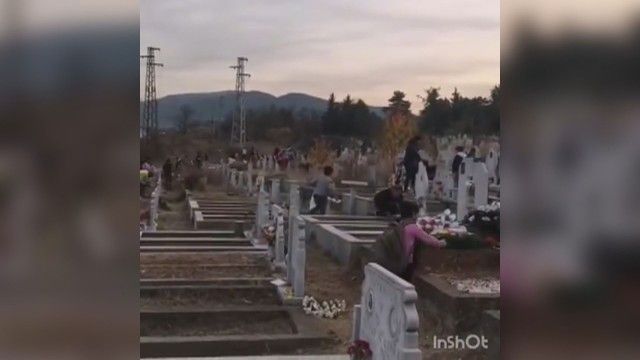 Most people watching the amateur video perceived the plunder as a contamination of the memory of the deceased.

According to others, if food was not taken from gypsy children, it would be spoiled.

"They come here, they gather their food, they do not do anything wrong. They come to eat, do not come to beat or steal or break, "says one neighborhood resident.

Another adds: "They are small children, you can not control them, they come to eat, they come here, they still have bags to eat, they have a purse for a week, but there is a police."

The people of Samokov are categorical – only gypsy targets can stop the attacks.

The mayor of Samokov refused to speak in front of a camera. He said the cemetery was guarded by police on the Archangel's soul day. And the guards hired by the council patrolled at night and were protected only from vandalism – and bringing food to the left was not a crime.

However, the children who came to eat at the cemetery on Sunday escaped when they saw the camera, they added on television. Meanwhile, a journalist who lives in the USA, Tatyana Christie, commented on Facebook:

"Dear folks, I understand the indignation of the gypsy children stealing the food you left in the graves of their relatives, but who would go to the graveyard to collect food if it were good?" The saddest thing is that the Bulgarian children of this ethnic group are brought in to steal cousins ​​from cemeteries to eat them. To steal food from a tomb in an EU country in the 21st century shows that everyone who has been in power so far in Bulgaria has a great responsibility for allowing this misfortune – the misery of hunger and poverty!

Gypsies should only be used for elected representatives paid and deliberately not integrated, leaving misery as an unmanageable mass to live in charity and a chicken that is used only as a resource for illiterate voices in elections. There is not a single political coward who has not gone through a neighborhood of Rome with twenty-one and kebabets! Not! The misery and illiteracy of these people is a crucial factor in who is guiding us. "