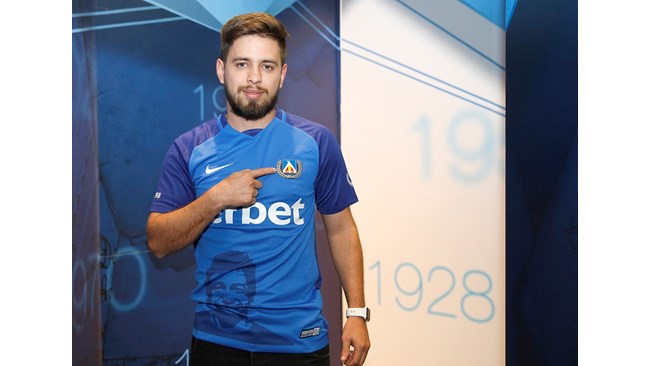 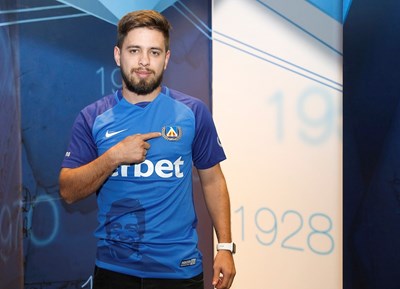 Franco Mazurek points to the Levski emblem after signing a two-year deal. He became the first Argentine to play in Gerena. IMAGE: LEVSKI.BG

The 25-year-old Argentine, Franco Eduardo Mazurek, signed a contract with Levski until the summer of 2021. The 166 cm star comes from the Greek elite "Panetolikos".

Mazurek is the first Argentine footballer to play in Gerena. Currently, most foreign players in Brazil have already played for Levski, but Maradona and Messi's compatriots have not yet played for the club. For the first time in Levski will play Greek and Montenegrin after the attraction of defender Yannis Cargas and goalkeeper Milan Mijatovic.

Franco Mazurek became the third new in the selection of Peter Hubchev. The Argentine midfielder was born on September 24, 1993. Junior is a Boca Juniors. His career includes "Cruzaro", "All Boys" and "Colon" in his native Chilean "Palestinian" and Ecuadorian "Olmedo". In July 2017, Mazurek arrives in Europe and goes to Panetolikos. The top scorer of the Greek team with 7 goals last season, with 3 assists.

Yoncho Arsov is the new director of the School for Children and Adolescents of Levski, and Prof. Emil Atanassov is the Chief Methodist. The two were presented by the club's CEO, Pavel Kolev, to coaches working at the "blue" school.

Arsov, 42, is grandson of the legend of Levski Yoncho Arsov-senior. Acquire a PRO coaching license in Germany. He works with current national team coach Krasimir Balakov.

Emil Atanasov, 40, is a teacher at the coaching school in Bulgaria and a regular participant in UEFA's educational programs. A soccer associate at the NSA.