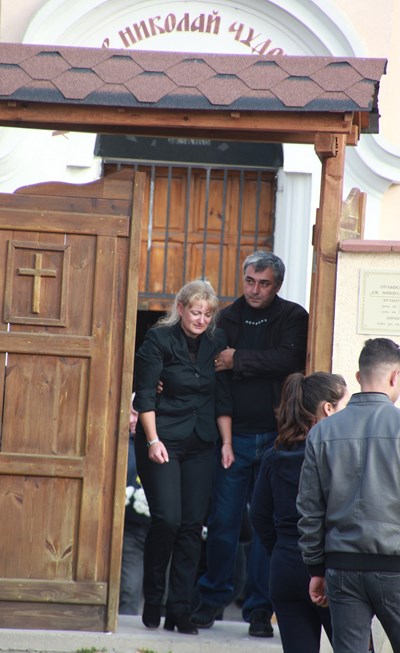 Hundreds pardoned Viktoria's victims in the temple in "Nadezhda"

Hundreds of friends and relatives sent their eternally dead mother and daughter, Darina Minska and Nicole. The temple "St. Nicholas the Wonderworker" in "Nadezhda 6" district was narrow to accommodate everyone who wanted to forgive them on Sunday. Many stood outside.

The young mother was shot a week ago with two bullets from Viktorio Alexandrov, the man with whom she lived. A few hours later he killed their daughter.

For about an hour and a half, worship and worship continued. Darina and Nicole, a twenty-one-year-old, wore white dresses and placed white coffins filled with flowers. During the church service, they remained open so that people could see them for the last time. 12 funeral wreaths, mostly white flowers, sent relatives to the family.

Friends held Darina's parents – Georgi and Vanya Minsk, who barely stood. None of the prophets of mourning say the killer.

The 26-year-old guard, Viktorio, has so far escaped with the explanation that he does not remember how he killed them. Despite his amnesia on Thursday, however, the court threw the blame for the collapse in his relationship with his wife and parents.