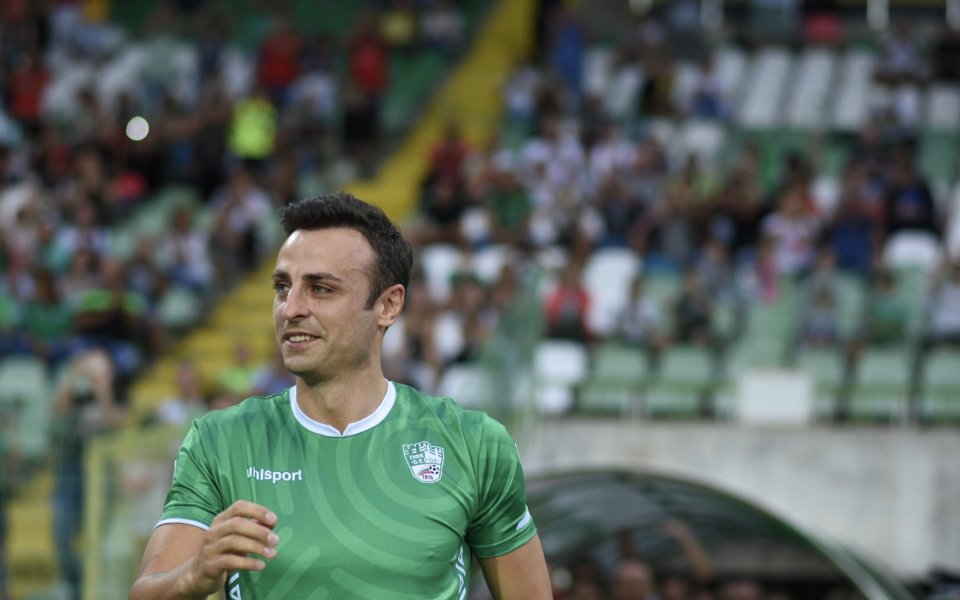 One of the most successful Bulgarian footballers Dimitar Berbatov commented in a special interview on the transfer of DIEMA SPORT – "The home of football" the opportunity to end his career by wearing the team of a Bulgarian team.

The attacker said that such thoughts went through his head, but weighing the pros and cons, he thought it best not to do so.

Berbatov said he had a proposal from Beroe. Meanwhile, none of CSKA are looking for the former Manchester United player. Berbo, however, pointed out that this was normal and stressed that football is a business and there is room for heartbreak.

"I've been thinking about the Bulgarian championship – from the love of the game, to the fans, to yourself to have fun throwing in. But you judge pros and cons and I say that maybe it is not … You judge everything, including the conditions. with a kick, unfortunately it's not like that here. Being accustomed to being cool is difficult to get rid of, "admitted Berbatov.

"Basically, I do not think there's a football player who finishes without emotion, if there is one, I do not think they love soccer so strongly. That's why I'm still kicking, in small holes, here in the office, I also have a ball These are emotions that keep you young.You live with the dream, the illusion that you still can.And you can not really do what you did years ago.Now the world is developing so that everything is announced on social networks But this moment is approaching, I'll have to say too, "said the top scorer.