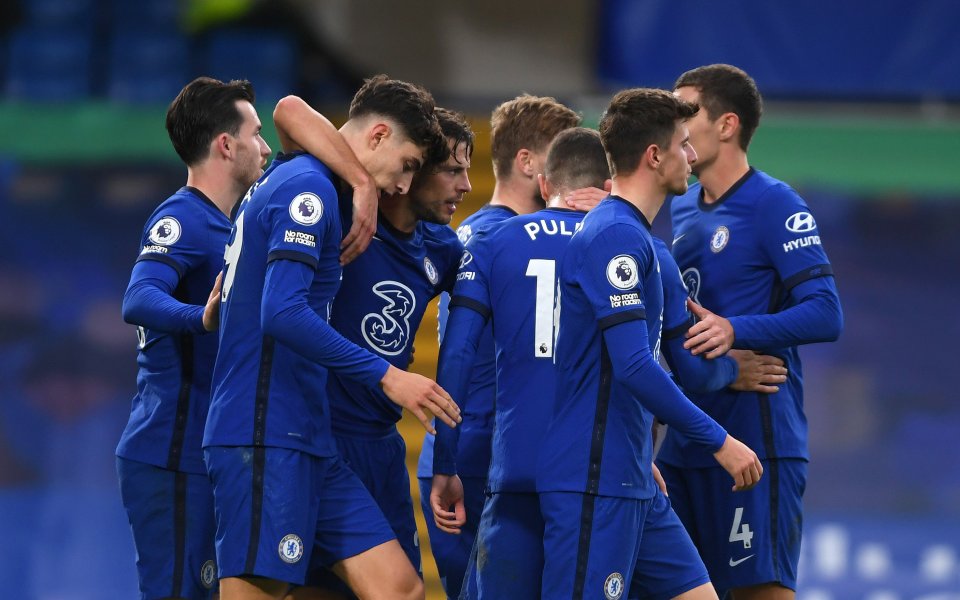 The Chelsea team defeated Krasnodar with 4: 0 in an initial clash of the Champions League group stage. Despite the devastating result, the “blues” definitely did not play their best match. At 14 minutes Jorgeninho missed a penalty after the ball hit the crossbar, but at 37 the “blue” opened with a goal by Callum Hudson-Odoi. In the second half, Timo Werner hit the penalty kick and formed the classic result for Chelsea, and at the end of the match Christian Pulisic ended the dispute.

Londoners’ owner Roman Abramovich took his place in the stands of the stadium. This was the first blues game in a year and a half, which the Russian oligarch watched live.

Don Roman Abramovich in the house. We are blessed tonight ? pic.twitter.com/JQOYYpTWon

The hosts started with a bang and were able to reach the result in 4 minutes. Danil Utkin found a spot at the entrance to the penalty area and knocked on Edward Mendy’s door, but the new addition to the blues succeeded and caught on.

Chelsea responded with a powerful shot from Hakim Ziesh, who managed to outwit the opponent’s defense, but his shot didn’t hurt Matvey Safonov.

On 14 minutes, Timo Werner was knocked down by the opponent and the referee whistled for a foul. However, Jorgeninho failed to convert the penalty spot, as the shot hit the left post.

A little later, Utkin slipped into the area after contacting a defender, but the referee ignored the situation and the game continued.

Eventually, in the 37th minute, Chelsea opened the scoring through Callum Hudson-Odoi. The English talent dominated a good pass and found space at the entrance to the penalty area, and with a well-aimed shot he overtook the Russian guard and sent the ball to his door. After examining with the VAR on suspicion of ambush, the goal was still counted and the “blues” came out ahead with 1: 0.

The start of the second half made us witness a real drama in the Chelsea area. First, a powerful shot by Yuri Gazinski shook Mendy’s crossbar, and after a total agitation a blow from Martinovic followed, but the blues goalkeeper stood out with brilliant intervention and protected his door.

Krasnodar’s pressure was maintained and after an hour of play Evgeniy Gernov volleyed, but luckily for the guests it was inaccurate.

Chelsea woke up and in the 66th minute Hakim Ziesh freed up space and fired a quick but very light shot in the middle of the goal, which was easily caught by Matvey Safonov.

In the 75th minute, Christian Pulisic, who came in from the bench, kicked towards the door, but hit Martinovic’s hand, which generated a second penalty for Chelsea in the match. This time, behind the ball was Timo Werner, who was uncompromising and went up to 2: 0 for the “blues”.

Krasnodar seemed to refuse to chase even an honorable goal and ten minutes before the end Hakim Ziesh formed the classic result for Chelsea in their first match as a starter. The Dutchman intercepted a good pass in the area and kicked in Safonov’s bottom right corner, scoring his first goal.

In the last minute of regulation time, Pulisic finally put an end to the dispute. The American was left uncovered in the penalty area and made the final 4: 0.

Thus, the “blues” led the classification of their Group E and now have 4 points in their heritage. Krasnodar, for his part, was left with a single point.

Follow us anywhere, anytime with the Gong.bg mobile app. You can download it on Google Play, App Store and AppGallery.