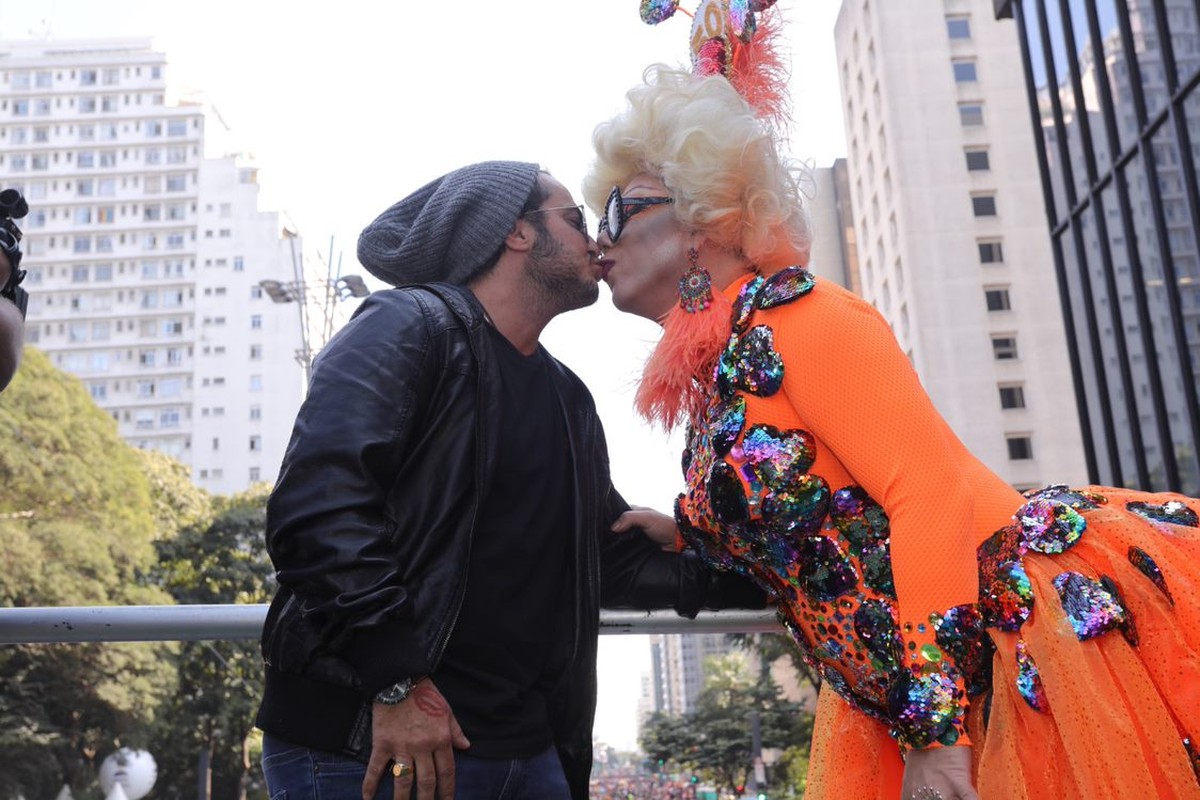 The 23rd edition of the LGBT Parade officially began at 11:30 am this Sunday (23). The party has 19 electric trios and receives the former Spice Girl Mel C, and the singers Iza, Karol Conká, Alinne Rosa, Luisa Sonza and Gloria Groove.

The route, in the Center of the city of São Paulo, begins in the Paulista Avenue passes through the Street of Consolation and ends in the Valley of the Anhangabaú.

Organizers expect 3 million people to attend the event. The concentration began at 10 am in front of the São Paulo Museum of Art (MASP) and the first trio is due out at 12 noon. The last trio is expected to arrive at Rua da Consolação at 6:00 p.m.

Thammy Miranda also participates in the event and is critical. "It's a representation of remembering Stonewall's 50 years, but it ends up turning into a party. I would like the parade to be one more stop, with representatives of public agencies, police, people, not just a party. they do not know what trans is. It's one step at a time and we're still far behind "

The godmother of the LGBT parade this year is Fernanda Lima. "It's a fight that has no end, it's a fight for respect and dignity," he said in an interview with GloboNews.

The official host of the event is the Drag Queen Tchaka. This year's theme is "50 Years of Stonewall," a conflict that happened in 1969 in a bar in the United States and was a milestone for LGBT rights activism.

The actress Glamor Garcia also attended the event and spoke to the G1 about his participation in the novel "Dona do Pedaço". "I think it's a wonderful character that has a lot to add not only in the didactic sense, but also in the" but also because her story is very cool. "

The drag Karol Castro and the trans Victoria Lobato will shake the first car of the event, the trio Avatar. Karol says that the production lasted for hours and that the stop is a milestone. "I'm happy to be on the biggest stop in the world. It's an honor to be able to get on the trio to shake up, "he said in an interview with the G1.

T. Angel, 37, attends the parade from the start. This is the third year that will be in the "Blox dxs Freaks", which brings together LGBT people with body modifications such as piercing, scarification and tattoos. "With the increasingly conservative political scenario, this year it is even more important to leave the Parade to strengthen ourselves. We want to preserve the right to use our bodies as we want."

This is the first time the 20-year-old The-Mystique drags into the Parade. Her character is inspired by strong female figures, such as Frida Kahlo. She was accompanied by the drag Miss Paper, 24, who only uses paper in assembling her costumes.

The collective LGBT peripheral "stronger family", which fights against LGBTfobia, arrived early to secure the place and enjoy the presentation of Glória Groove, one of the main event.

Juliana Silva, 34, came with her daughters Rubia, 6, and Kiara, 3. "It's important to show early on that love is normal, this is a culture festival, and when you're both grown up, you can go the way you want," she says.