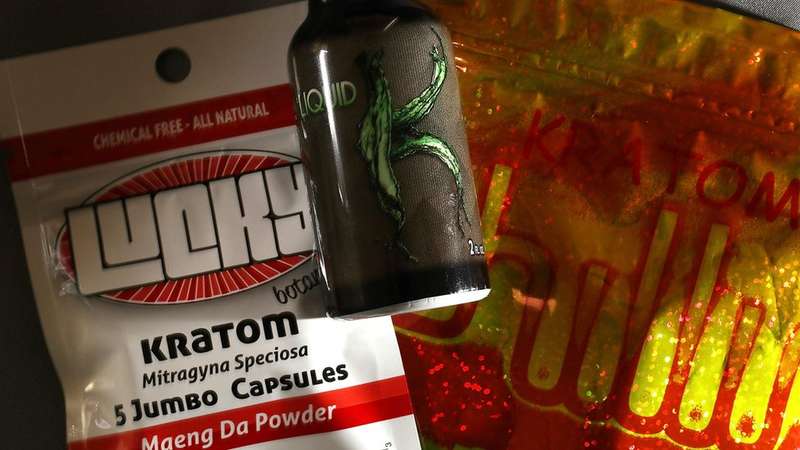 Kratom is a plant of the coffee family, but it requires much more care than the relative full of caffeine. The problems it is causing in the United States have prompted authorities to issue a warning about its use.

The country's Centers for Disease Control and Prevention last week published the results of a study that shows that in July 2016 and December 2017 alone, this plant, marketed in the form of a natural supplement, killed 91 people.

In addition, the substance was found, along with other drugs, in the body of 61 people killed by overdose.

Although these cases account for a minimal share of total drug overdose deaths in the United States (1%), the authorities' concern is that such situations are increasing.

The Center examined more than 27,000 cases of overdose in 27 American states.

In approximately 80% of kratom deaths or in those in which the supplement appeared, the deceased had a history of substance abuse and approximately 90% of them did not receive medical treatment for pain under medical supervision (the plant also has analgesic properties).

In 2016, Russ Baer, ​​a spokesman for the US Drug Enforcement Administration (DEA), in a conversation with BBC Mundo, a Spanish-language BBC service, acknowledged only two cases of Kratom overdose death in the United States .

This plant extract, which is sold over-the-counter in any herbalist, contains mitragyna, an active ingredient with stimulant effects.

At low doses, it can work as a strong cup of coffee that helps you stay awake and have more energy.

In high doses, however, its effects are more similar to those of any opioid, such as morphine.

In addition, said the agency, there are studies that indicate that it is a substance with potential to develop dependency.

Under these arguments, the DEA equated kratom with LSD, heroin, marijuana or ecstasy in 2016.

But its popularity has continued to grow and its proponents claim that the authorities lack reliable scientific data to justify the alert.

"Numerous animal studies have shown that kratom has very low toxicity," said Charles M. Haddow, a member of the association and responsible for his public relations in a statement.

In these studies, he added, even "extremely high doses (doses that when adjusted for human consumption would be difficult to consume) do not cause death or significant toxic effects."

This call for attention by the authorities comes at a time when the United States is facing a public health emergency due to the use of opioids – an epidemic that has left more deaths than the war in Vietnam and Afghanistan combined.

In this context, kratom is seen as a substance that helps to manage the detoxification of opioids, such as OxyContin and Percocet.

Its pain-relieving properties attenuate the effects of the withdrawal syndrome.

But the FDA remains concerned about using this supplement as an alternative to analgesics.

"Neither kratom nor its compounds have been shown to be safe and effective for any purpose, and should not be used to treat any condition or disease," he said.

Many people also use this substance to give up dependence on heroin, alcohol and even tobacco, according to a study by the Transnational Institute in the Netherlands.

What are its effects?

Kratom is a deciduous plant (which, at some season of the year, loses its leaves) used for thousands of years in Southeast Asia, especially in Thailand.

Its leaves are consumed as tea or crushed and mixed with water, although there are also capsules.

A Transnational Institute study states that kratom can cause positive effects, such as euphoria, relaxation, sociability, increased energy, and pain relief.

Among the negative effects are nausea, upset stomach, chills and sweating, dizziness and instability, vomiting and itching.

"The plant has been used in the United States for the last 20 years and in the last five years, its use has increased," said Susan Ash of the American Kratom Association for BBC World in 2016.

The association believes that between three and five million people in the US consume the plant as an alternative to conventional drugs.

Cathedral of Notre-Dame was literally falling apart before fire