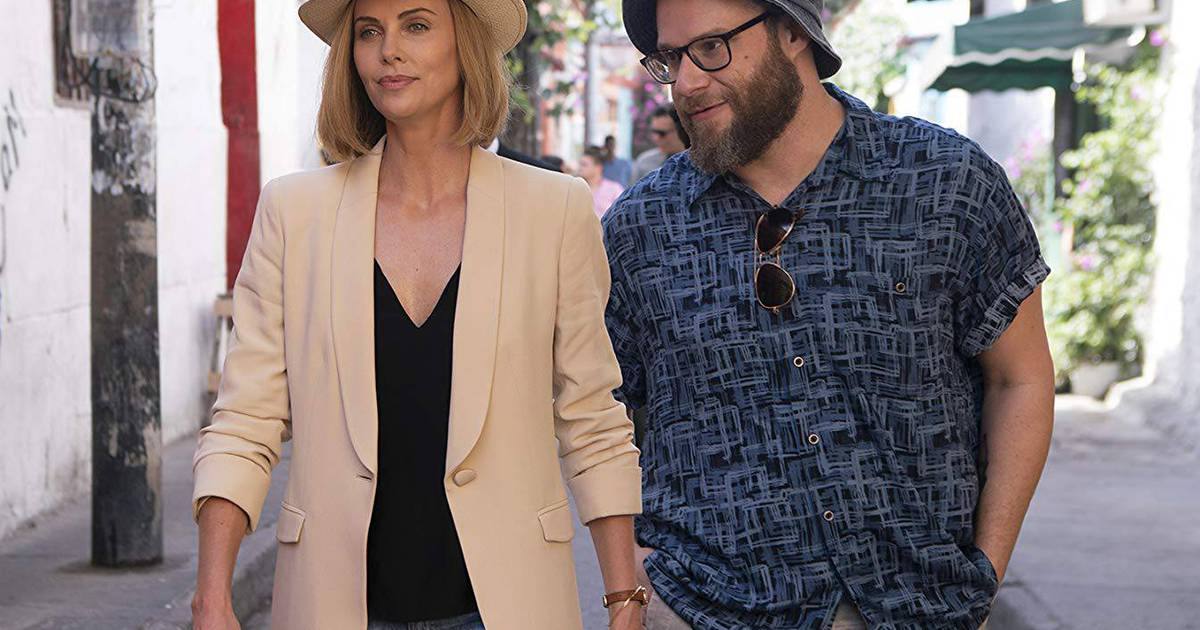 There may not be a specific formula for the romantic comedies that have become successes in recent times, but something fundamental, which is common in any film of this genre is the chemistry among its protagonists. Unlikely couple, as the title is very explicit, is one of these strange cases in which two absolutely different actors have been able to complement each other in the cameras. The pair of Seth Rogen and Charlize Theron shines in the new rom-com who relied on the formula of the 90s to bring the genre to the present.

In the long directed by Jonathan Levine, in 50%, journalist Fred Flarsky (Rogen) meets with his school-age passion, Charlotte Field (Theron), now campaigning to become US president. Helping to write his speeches, Flarsky also helps Charlotte find fun in life as the chemistry grows between the two. The plot may not seem original, but the reversal of the roles of the couple is what the feature brings refreshing. The story might sound repetitive if the genres were changed, but bringing the female protagonist as the powerful one who amuses herself with her "common man" humor gives her a new twist to the traditional plot of A beautiful woman, and quickly overrides the factors that could be overcome in the history of Cinderella.

In the long film, Rogen repeats a familiar personality from her old films, more for her mannerisms, but the surprising performance of Charlize, who alternates perfectly between a serious woman and a relaxed friend, is what makes the duo stand out. With a resume of few comedies, Charlize lavishes a talent little shown before in its race, and amuses itself with new possibilities, as in the scene in which Charlotte decides to have fun and to use drugs for the first time. The scene is right for Rogen, more than accustomed to playing with such jokes in his films, but it would be unfair to say that the actor does not bring something new to the role. Unlikely couple is undeniably sweet, and shows a more sensitive side of Rogen that the public is not accustomed either. The pair is also aided by a cast of supporting actors that stands out by two names: Alexander Skarsgård, playing a foolish version of the Canadian prime minister – definitely inspired by Justin Trudeau – and O'Shea Jackson Jr., known for Straight Outta Compton, showing a comic side that steals the scene.

But do not be fooled by Rogen's sensitive side and the sweetness of the romance between the protagonists; Unlikely couple is an irreverent fun, with dirty jokes and lots of acidity. The combination between the two actors brings what each one has the best, and it is difficult to imagine other names carrying the film with so much personality. Unlikely couple does not hide its references to the golden age of romantic comedies, but also gains color in modern political enveloping, giving a necessary new air to the classic tale of the genre.