To the despair of the opponents, Eliéser and Kamilla are back to the Power Couple · TV News 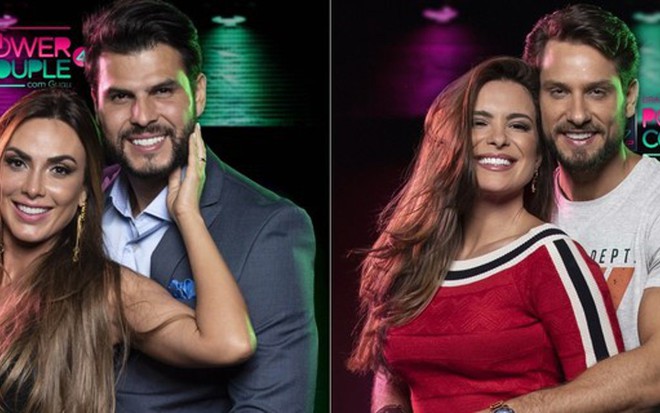 Couples Nicole Bahls / Marcelo Bimbi and Eliéser Ambrósio / Kamilla Salgado were given a new chance in the repechage and returned to the fourth season of Power Couple Brazil in the early hours of Wednesday (12). The former panicat and her husband won the proposed production race, while the former BBBs were chosen by the audience vote of Record's reality show.

The night began with the surprise of the result of the berlinda. Lucas Salles and Camila Colombo were saved from the D.R. by the week's inmune couples, pushing Nicole Bahls / Marcelo Bimbi and André Marinho / Drika Marinho for public voting.

Reality fans had less than ten minutes to choose who to save. Surprisingly, André and Drika had 51.9% of the votes and secured another week in the competition.

Nicole and Bimbi left the mansion of Power Couple Brazil and found the other five couples eliminated from the reality show to play the repechage, which was divided into two stages: a test and the choice of the audience.

The competition chosen was disputed. In the first step, they would need to balance on a large pawn and capture suspended discs that indicated seconds more bonuses for the next phase.

With time set, one of the members entered an air booth to capture paper hearts that were rapidly ventilating. Each heart corresponded to one point. Vencia who accumulated the highest score. Nicole Bahls and Marcelo Bimbi got better and returned to the mansion.

Eliéser and Kamilla were saved by the public in a vote that lasted only five minutes after the test. As soon as they entered the house, the ex-BBBs screamed furiously and left the other couples desperate. Paula Pequeno and Alexandre Folhas, their declared enemies, made evident the disappointment in seeing the pair back in the game.