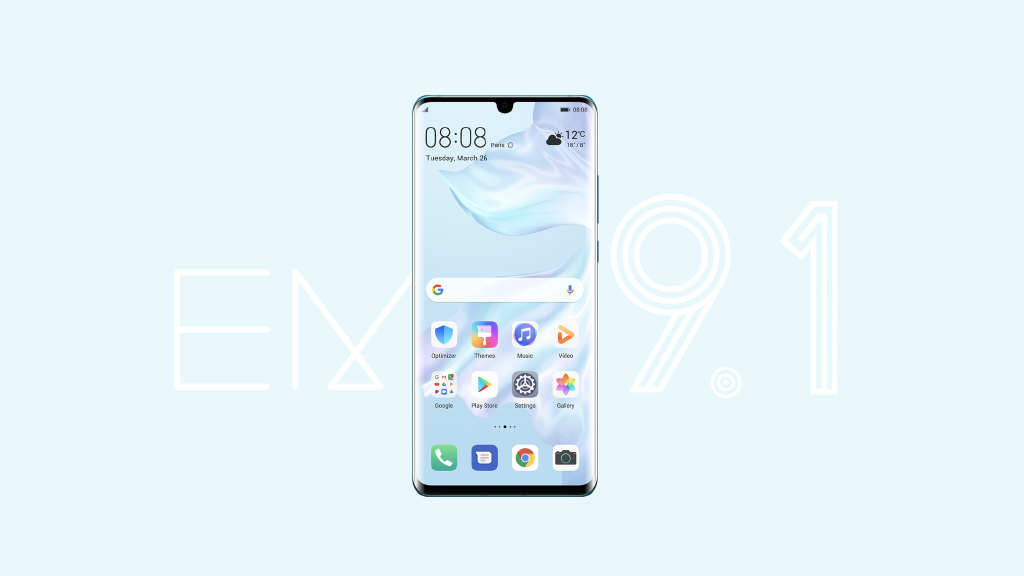 The next big update coming to the smartphones of the 2nd largest manufacturer in the world will be EMUI 9.1, based on Android Pie 9.0. This is a system update that will bring many improvements, including serious performance enhancement and some graphics Emotion UI for the Huawei and Honor.

As a result of using the same interface, both companies have already made this new list known.

Huawei has announced that upgrading to EMUI 9.1 will lead to improvements in performance and user experience. In this sense, the company promises a more comprehensive use, focused on speed and quality of use, however, the last emphasis lies on artificial intelligence, at our service.

What will bring EMUI 9.1 back to your Huawei or Honor?

At the same time, with EMUI 9.1, based on the Android Pie, we will have more color in the form of new wallpapers. Likewise, we will also have a new design of the system icons, as well as several visual improvements to the entire interface. According to the brand, with the intention of making it more realistic.

As far as performance is concerned, Huawei promises to bring more speed to its smartphones as well as more space. For this, we will have the new EROFS method that will bring a 20% improvement in data access (reading), in the face of the F2FS process. In other words, you will feel your smartphone faster. 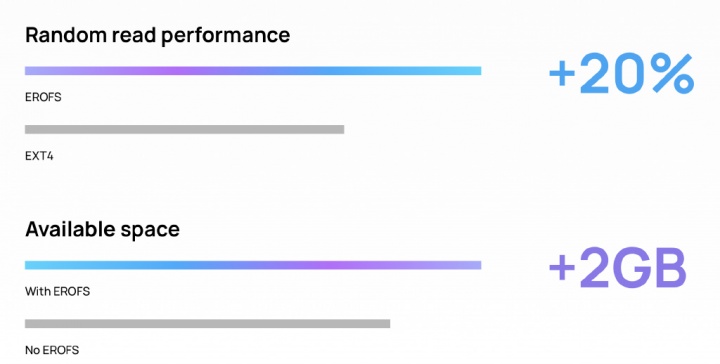 With this system update you will also receive the new GPU Turbo 3.0 mode that was developed with the intention of giving you more fps for the games. In addition, this software claims to reduce energy consumption by about 10% during demanding situations. At the same time, it optimizes all the features of the smartphone.

Google Assistant, plus present on your Android smartphone

Everywhere, anytime, whenever you need it. With EMUI 9.1 you can access Google Assistant regardless of what you are doing. You will only have to press the power and keep the pressure on for a moment for the Google assistant to materialize.

Still according to Honor's parent, we will have the new Vlog mode to optimize and edit your videos quickly. You will also have new ways to share the video with your friends and social networks. Now with a focus on editing, applying effects and producing a more appealing final content. 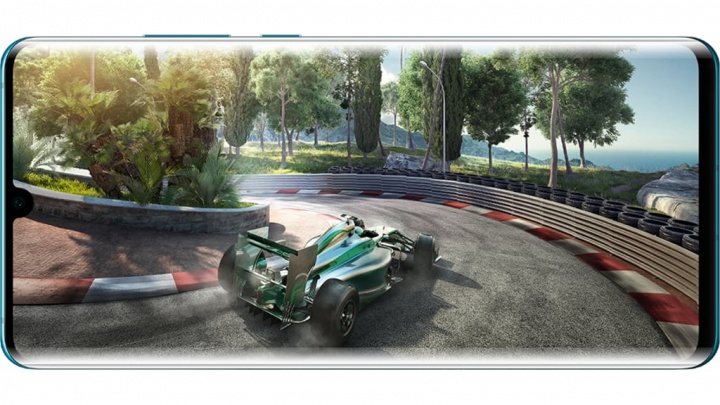 Augmented Reality (AR) is another highlight. In effect, the new update will give you a new way of measuring everyday objects. To do this, simply open your camera, but this function will not be available for all 49 Huawei and Honor smartphones.

Which smartphones are you eligible for?

These and other new features of EMUI 9.1 will reach an extensive group of smartphones, which can be grouped according to their range and company of origin. Firstly, already enjoying the public beta version, we have the Huawei Mate 20, Mate 20 Pro, Mate 20 X as well as the Mate 20 Porsche Design. 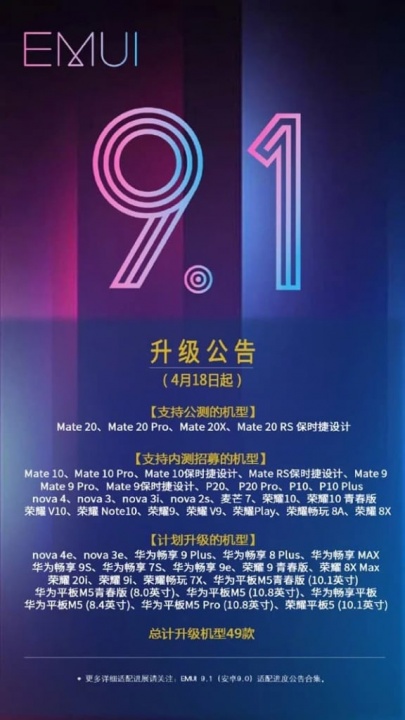 You can find the reference to all 49 smartphones in the image above.

The distribution will be made gradually

Finally, we do not know when this authorization will begin to reach the various smartphones. It may also be said that its distribution will be made gradually and phased. That way, you may have to wait a little longer. By default, depending on the region and model of your Android device.

It should also be noted that you will need at least 6 GB of free internal storage. In order to accommodate the installation of EMUI 9.1, it must also start from EMUI 9.0.1.