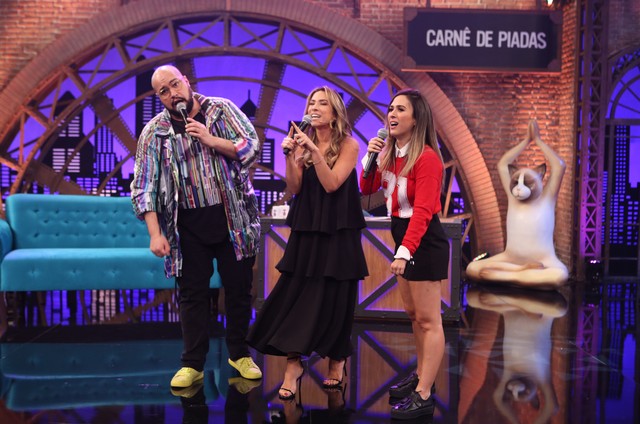 The return of "Lady Night" – this evening at the Multishow – is eagerly awaited by a legion of fans. The previous two seasons tickled, are remembered and still reverberate on the internet. Three of the new episodes have been since last Friday at the Multishow Play. Tatá Werneck takes up some of the established paintings, such as the "Interview with a specialist". There's a new idea or two, but overall it's the same format as before and there's no demerit, as the team was winning and still full of breath. In the re-run, Tatá arrived on stage talking with the voice of Cid Moreira, Globo's trademark. That's who then received Patricia and Tiago Abravanel. The presence of Silvio Santos' daughter and grandson functions as a pretext for many games involving Globo and SBT. In the second episode, the interviewee is Juliana Paes, very sympathetic, available for the spicy jokes that the presenter does without the least ceremony and with intelligence and perfect timing. The next show with Angelica is the best of the three, perhaps because of the safety of the guest – created starring variety shows.

"Lady night" is a scripted attraction, but made so it looks pure impromptu. Tata can handle the trick of naturalness when the conversation flows well. However, when the chat does not mesh so easily, the viewer notices that she is reading a text. It happened with Patricia Abravanel. It is not a serious offense, because the script it's good. But perhaps it would have been wiser to have re-edited with Angelica.