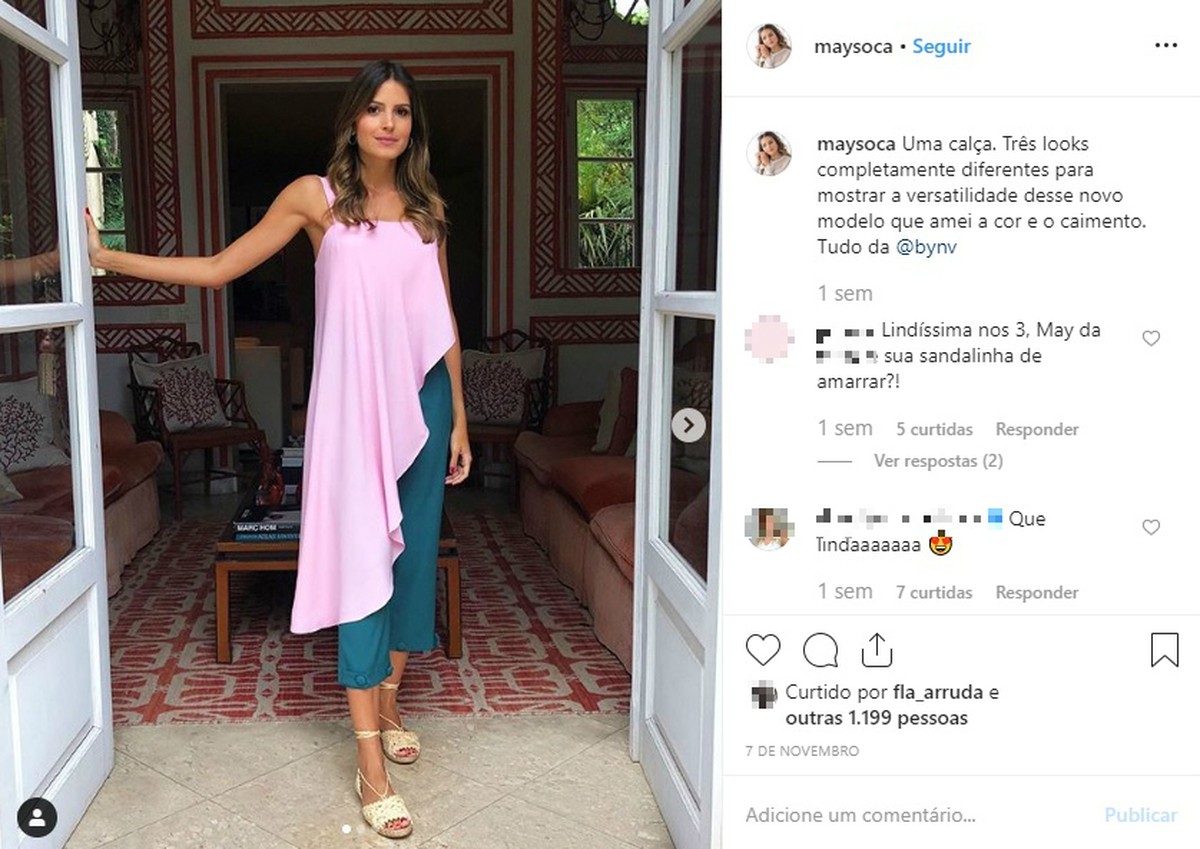 Maysa Marques Mussi, 27, was hospitalized at the State General Hospital (HGE) in the Bahian capital after being transferred from the Suburban Hospital on Saturday, where she had been hospitalized since the day of the accident. There is no information about her burial.

The accident, which took place on Thursday, on the airstrip of a luxury resort that has been shut down, had already caused the death of Maysa's sister, journalist Marcela Brandão Elias, 37. Her charred body was taken to the Ilhéus Department of Technical Police (DPT).

Experts are awaiting examinations requested from the victim's family to make official identification through the dental arch, then release the body.

Maysa married Eduardo Mussi in September, in the city of Itacaré, in southern Bahia. Her husband, who is admitted to the State General Hospital (HGE), is the brother of licensed federal deputy Guilherme Mussi.

Maysa and Eduardo's groomsmen include actress Marina Ruy Barbosa and her husband, Stock Car businessman and driver Alexandre Negrão. The party was attended by famous people like Carol Celico and the couples Elaine Mickely and César Filho and Roberto Justus and Ana Paula Siebert.

In addition, Eduardo Trajano Telles Elias, 38, who was married to Marcela Brandão Elias, and the couple's son, also called Eduardo, 6 years. All are admitted to the HGE.

Tuka had 80% of his body burned and is still in serious condition. In 2011, the former Stock Car driver had already escaped a serious accident when the car he drove in a competition caught fire in Rio de Janeiro. He managed to throw himself from the vehicle.

According to information from Maraú City's communication office, the accident occurred shortly after 2 pm on Thursday, on an airstrip at a disabled resort in the Barra Grande district, which belongs to Maraú.

The aircraft, an executive jet, took off from the Jundiaí (SP) aerodrome at 11am, destined for the city of Bahia, according to information from Voe SP, which manages the terminal, and the Brazilian Air Force (FAB).

Voe SP informed that the aircraft was in a hangar and was allowed to take off because there was no communication of abnormality by the responsible technical team.

As registered by the National Civil Aviation Agency (Anac), aircraft, a twin engine Cessna C550 manufactured in 1981, prefixed by PT-LTJ and was in good standing.

According to the Air Force, the removal of the wreckage from the aircraft is the responsibility of the aircraft owner. As registered with the National Agency of Civil Aviation (Anac), the executive jet belongs to businessman José João Abdalla Filho. Until the last update of this report, the G1 had not been able to contact Abdalla.

The air accident is determined by the Second Regional Aeronautical Accident Investigation and Prevention Service (Seripa II). Military personnel of the agency were at the scene of the accident, on Friday (15), to collect data that can assist in investigations that will point out the causes of the fall. There is no forecast for the investigation to be completed.

The wreckage of the jet was removed from the crash site on Saturday, according to information from the city's tourism secretary, Nilza Costa.