Santos and Cruzeiro fans fight on the block at BR-381 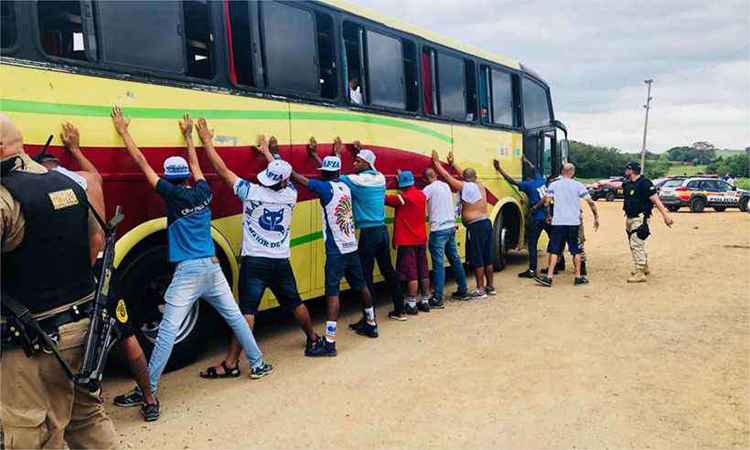 A bus carrying about 40 Cruzeiro fans was seized this morning after a generous fight with Santos supporters. The confusion occurred in a pedestrian block of BR-381, in So Gonalo do Sapuca, in the Southern Region of Minas Gerais. The match left at least five injured.

"They crossed the pedestrian square and there was the confrontation. We managed to board the Cruzeiro fans' team, Santos are still on track to try to approach. There were some white guns inside the bus and some victims in the hospital because of the injuries of the generalized fight, "said the highway policeman.

A photo sent by PRF shows the objects seized in the bus, between knives, pieces of wood and iron bars. The arrested fans were referred Police Department of Civil Police of Pouso Alegre.