In 2010, a story shocked the world. That year, an 18-month-old baby appeared smoking. He was Ardi Rizal. It was not long before the child's trajectory became a veritable internet virus.

He got so addicted that he even smoked 40 cigarettes a day. In addition, the child developed an obesity, since little interacted with activities aimed at his age, causing, of course, concern in many parents.

Concerned about the health of the boy who had severe abstinence crises, the Indonesian government decided to send Ardi and parents for rehabilitation in 2012. The initiative was successful, he stopped smoking. But it created another problem: the food addiction, especially junkie-food. At 5 years he weighed 24 kg and at 6 years 30 kg.

Today Ardi is 11 years old and, according to his family, he is healthier than ever. Below is a video that shows how the baby's life was addicted to cigarettes, so his story was discovered by the world:

Below, the reader can see a comparison of how the boy was at the time and how he is today. The little Ardi Rizal managed not only to overcome the addiction that he had in smoking, but also to lose weight. 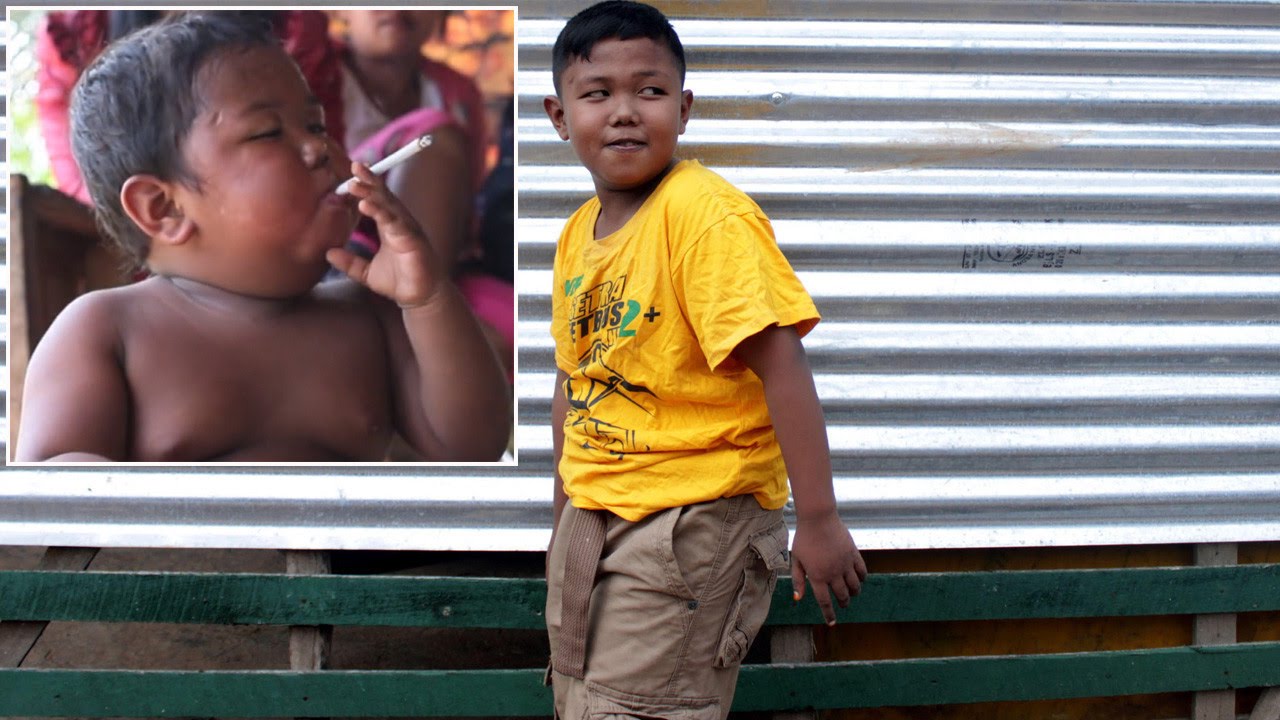 Although a long time has passed, he does not forget the story that made him famous. In fact, this made him quite popular in the region:

On social networks, many people were impressed by so much change. Now the new boy has once again become the headline for so many changes over nearly a decade.