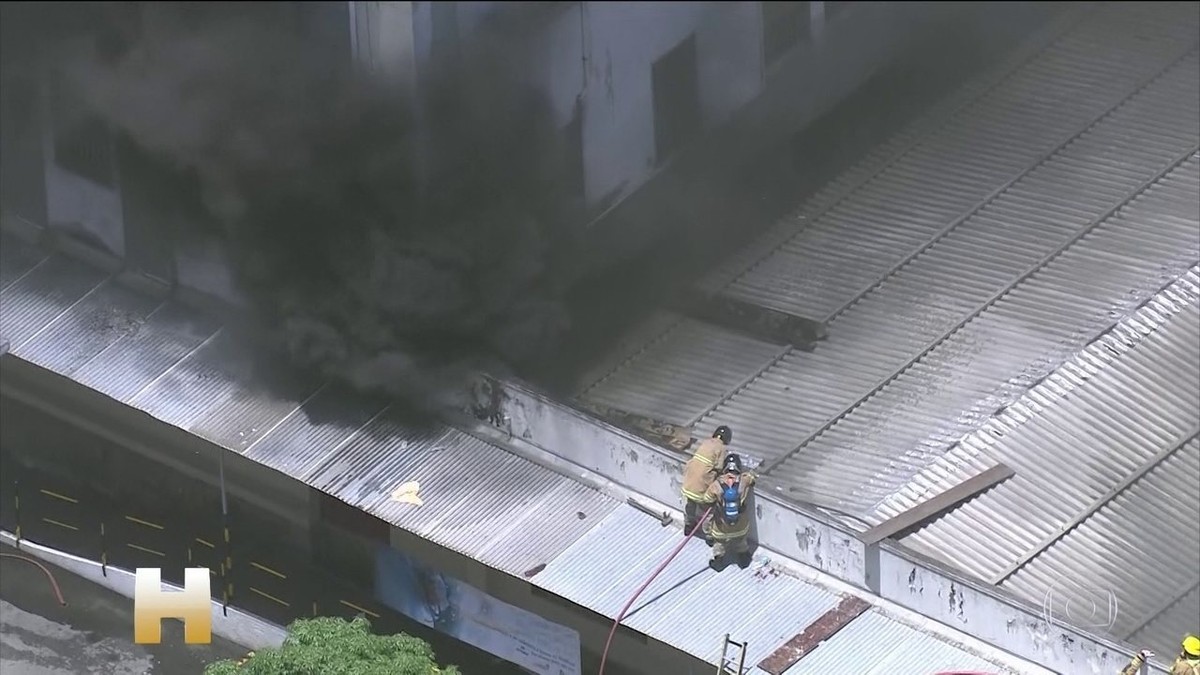 “I was able to speak to my mother a little earlier, through a video call. But the transmission was very slow, the signal was bad. My mother was very nervous,” said the son of patient Rosemary Alves, who was hospitalized for three months. at the hospital.

“She said that several people were crying inside the hospital. There was a rush, with many people desperate. After that, I was unable to speak to her anymore,” he added.

The hospital is in the North Zone of Rio de Janeiro.

Young man sought information about his mother. I was able to talk to her earlier through a video call. Then I ran out of information “. – Photo: Reproduction / TV Globo

The nursing technician Tassiana Freitas de Melo Cardoso reported the difficulties of the medical team in the middle of the fire.

“There are critical, serious patients, where we have nowhere to put, there is nowhere to put the monitors. It is complicated. Everyone goes out together, patient running, patient stopping in the middle of the stairs. There are professionals who are also sick ”.

Fire smoke at the Federal Hospital of Bonsucesso, in the North Zone of Rio – Photo: Reproduction / GloboNews

Lack of information about patients

Alexandro’s wife had been in the hospital’s maternity hospital for nine days. Over the phone, he got in touch.

“She seemed to be fine, but I am concerned because she is seven months pregnant and still has gallstones,” described Alexandro.

Even a woman who works in the hospital emergency room waited for news from her father, who had been intubated in the unit since the beginning of the month. Upon receiving the news that all patients were removed, she showed relief.

“Okay then, give your heart a break. I work here, he’s been here for more than 20 days intubated, his name is José Salvador. I just wanted to know if he has already been removed ”, concluded Ana Paula, who works in the hospital emergency room.

Alecsandro was trying to get information about the woman, seven months pregnant. – Photo: Playback / TV Globo

Amid the despair caused by the flames, relatives of patients praised the quick action of the professionals of the unit.

“Doctors are real heroes for what happened. It was a great rush to save patients, but all were removed, with the greatest care and attention,” said Silvana, whose husband is hospitalized at the unit.

“We were told that the fire was going on. The medical staff, nurses, security guards and brigadiers were very quick. The smoke came from the bottom of the building upwards, but thank God, for the information I received here, no one was hurt. Everyone is well “, evaluated, by phone, the patient Leandro Barbosa.