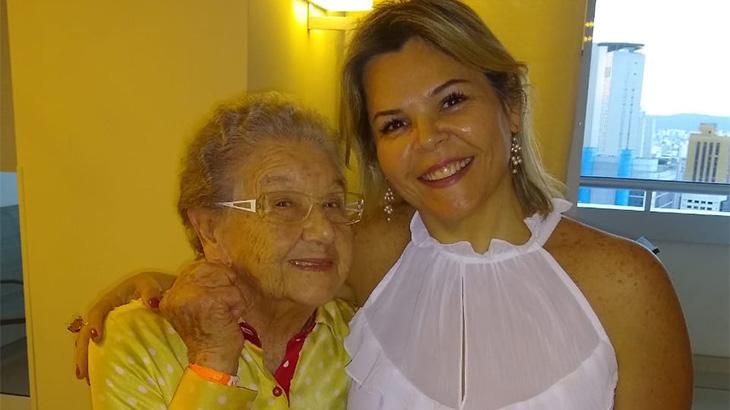 On Wednesday afternoon (28) Palmirinha Onofre left the German Hospital Oswaldo Cruz, where she was hospitalized to treat a urinary tract infection. The discharge of the 89-year-old presenter was anticipated by the NaTelinha last Tuesday, in contact with the doctor responsible for the TV veteran.

The cook was hospitalized on a preventive basis, not because of a deterioration in her health. Her geriatrician, Patrícia Alarcon, recommended that the treatment for bacterial infection be carried out in the hospital, and not in the presenter’s residence.

“She has a urinary tract infection, and the medication cannot be taken orally, only in the vein. Patrícia Alarcon, who has been caring for her for many years, thought it would be good to have this treatment interned, with the right antibiotic, to fight immediately, after all she is 89 years old, “Palmirinha’s daughter said in the report.

“Grandma’s going home better than she arrived! She’s doing great. We got a urinary tract infection early on. We thought it best to treat her with antibiotics in her vein. We took the opportunity to do physiotherapy at the hospital and improve the nutritional part. said Patrícia, a Palmirinha geriatrician for 20 years.

On her social network, last Tuesday night, Palmirinha published a video message to her followers.

“Hi, everyone! Palmirinha is here! It wasn’t that time that Palmirinha was not! I’m still going to cook a lot for you, okay? A big kiss, thank you for your affection. I know I can count on my audience and the wonderful press. Thank you very much! Look, soon I’m out there making recipes from here, look! A kiss, a hug from Grandma Palmirinha for you! “, said the presenter.

Vovó Palmirinha, as she is affectionately called by fans, gained visibility on TV in the 90s, when she participated in Record’s Note e Anote program, at the time led by Ana Maria Braga.

At TV Gazeta, he marked the 2000s in participation in Mulheres and in charge of TV Culinária, alongside the doll Guinho (Anderson Clayton). In 2012, he migrated to pay TV and introduced BemSimples, from the Fox group.