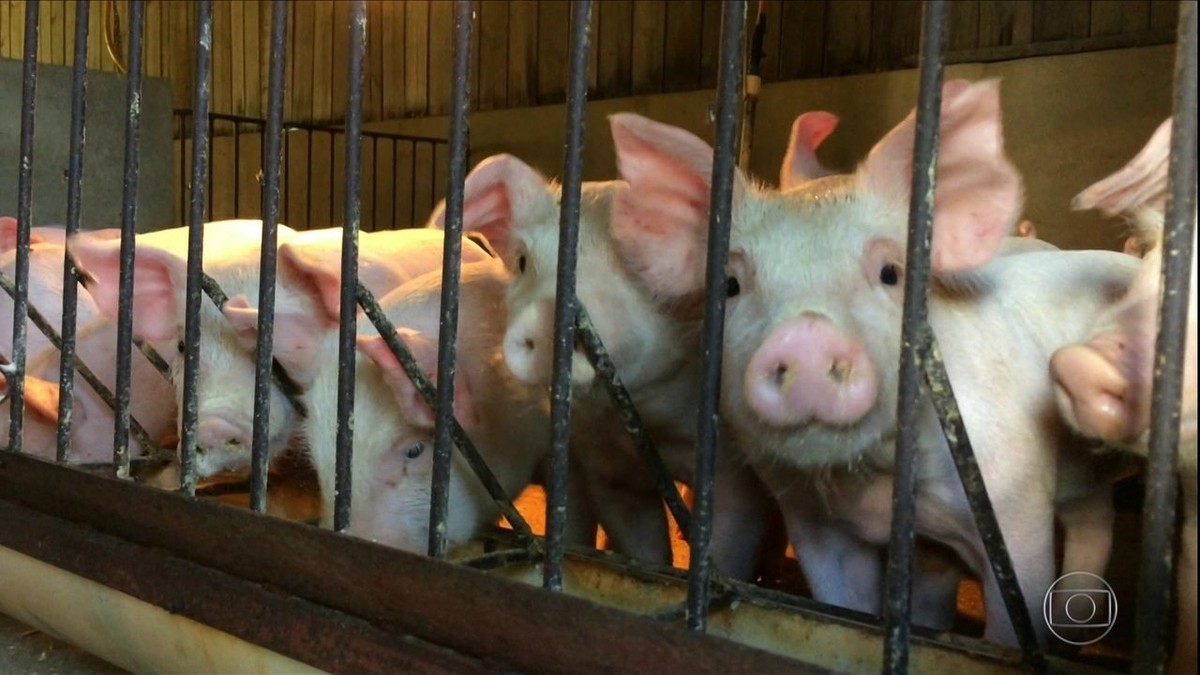 Breeders in China have had to slaughter more than 1 million pigs because of an outbreak of African swine fever. In volume of meat, it is more than the triple that Brazil produces during the whole year. This crisis affects the world market.

China is the world's largest pork producer: about 54 million tonnes per year. The first cases of African swine fever there appeared in August 2018.

The main symptoms of the disease, which is caused by viruses, are high fever, bleeding and difficulty breathing, explains the Globo Rural veterinarian, Enrico Ortolani.

"It does not pass to humans, but it is contagious and fatal to animals because it has no vaccine or cure."

To try to contain the spread of the disease, the Chinese are doing the sanitary slaughter of the establishment. As a result, they have already lost about 20% of production, around 10 million tonnes of meat.

The virus is transmitted through direct contact between animals and can also be carried, for example, on the soles of the shoes of those who circulate through infected farms, or in products made with meat.

The great fear today is that this disease reaches other important regions in the world's pork production, like Brazil. The biggest risk lies at the entrance of the country of people and meat coming from China.

Brazil is the fourth largest producer and exporter of pork in the world. Here, the last case of African swine fever occurred in 1978.

"We are strengthening the measures, the biggest concern is the inspection of luggage, the entry of travelers coming to Brazil from these areas. There are already measures taken in ports and airports now," says the director of the Department of Animal Health of the Ministry of Agriculture, Geraldo Marcos de Moraes.

The president of the Brazilian Animal Protein Association (ABPA), Francisco Turra, explains that because the pig takes 8 months to reach the slaughter point, Brazil can not immediately increase the supply of pork for export. But the country already benefits as growth in Chinese demand for other types of meat.

"China in those 3 months has already become the largest pork and pork importer, to our surprise, poultry, supplanting Saudi Arabia itself, which has been the biggest importer for 20 years. of animal protein ",

Swine fever has not been detected in Brazil for decades, but we have cases of classical swine fever. They were recorded in some regions of the Northeast, far from the major producing states.