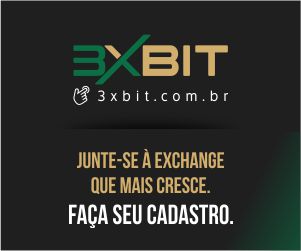 After inaugurating its office in Mexico, taking the first step towards an expansion in Latin America, Nubank raised R $ 375 million to continue its expansion of financial services, the state reported on Monday (17).

According to the report, until then only private issues had occurred in the Brazilian market and Nubank debuted the new modality with an offer of R $ 75 million, attracting five institutional investors.

"This is a result of investor confidence in our strategy and also the intense work of our teams, business and legal, which have shown that we can innovate even in our market captures," Gabriel Silva, CEO of Nubank.

He revealed that funding takes place less than a year after Nubank created Nu Financeira, a leading conglomerate and associated with the Credit Guarantee Fund (FGC).

Nubank has 9 million customers and is already the largest fintech in Latin America. Since its founding, the company has raised $ 420 million with the support of companies that have believed in the institution, such as the Chinese giant Tencent and the Sequoia Capital fund.

The guarantee for fintech to operate as a financial institution came in November last year through the Central Bank. Four months later Forbes praised Nubank as the best bank in Brazil.

But it was not in vain, in the last two years Nubank launched a digital checking account, NuConta, a debit card and also started to offer loans.

More recently, fintech has gone beyond and made available an investment modality similar to the traditional Bank Deposit Certificate (CDB) for its clients.

With the package in such a short time, the institution, which was born as a startup in 2013, came to compete directly with the country's major banks.

Buy Bitcoin and other crypto-coins at the safest brokerage in Brazil. Sign up and see how simple it is, go to: https://coinext.com.br

Want to receive the main news and analysis? Place your email below!