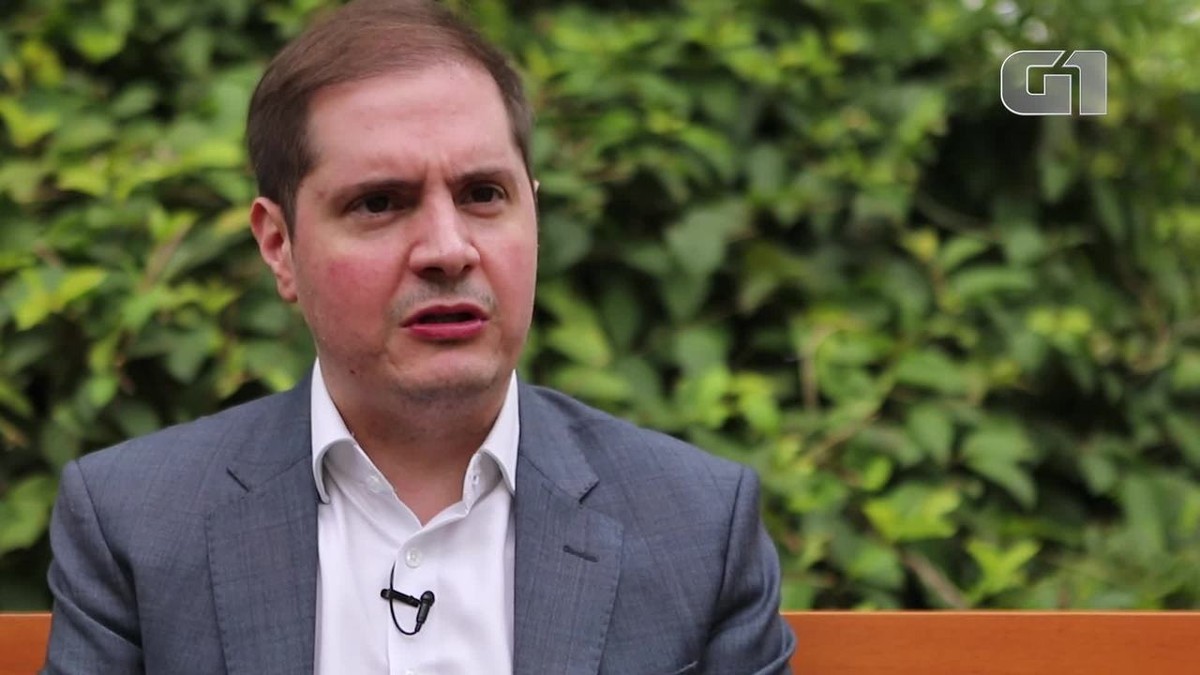 The cell phone of the special assistant secretary of Social Security and Labor, Bruno Bianco, did not stop whistling throughout the press conference on the proposed pension reform in February. In addition to the explanations about BPC, general regime and capitalization, the messages that circulated in the networks called attention to the thin voice of Bianco, compared to the character Mickey Mouse.

In an interview with G1, Bianco said that the jokes bothered some of the people close to him. Still, the secretary himself took the situation in the sportive and insisted that the others also enter the joke. "I said, 'let's take advantage to do something positive,'" he said.

"I've lived with this for 37 years, there's absolutely nothing that would embarrass me," Bianco concluded.

As the secretary said, "it was time to surf the wave." After participating in a radio program, he opened an account on a social network – taking advantage of the newly acquired fame to talk about the pension reform.

"I saw an opportunity for us to communicate in a more youthful way, more directly, without any kind of barrier between us and the population," said Bianco.

Mickey Mouse shows the time on Bruno Bianco's watch. The secretary won the gift of his brother's equipment after receiving the nickname of 'Mickey of the Welfare' – Photo: Fábio Tito / G1

In the social network, the secretary and his advisors embraced the nickname "Mickey of Social Security." Bianco has published videos and explanations on reform issues in an attempt to make the subject a little more palatable to the public unfamiliar with the difficult list of terms and acronyms.

So far, the most successful Bianco profile video has featured Lara, the six-year-old daughter of the secretary. The homemade filming draws an analogy between the welfare deficit and a slime-kind of homely geleca that has become popular among children and youtubers. As well?

Cola, shaving foam and baking soda will go into greater quantity for the slime-making blend. These ingredients represent those who contribute more and receive less under the current social security system.

On the other hand, water boricated with glitter and dye – used in smaller quantities – represent people who contribute less and still gain above the ceiling. That is, they are left with a larger piece of geleca.

The idea of ​​the video came because Bianco wanted to meet Lara's requests for a slime-making video. "Then I joined the useful to the pleasant," said the secretary. The plan was not accepted at first by Bianco's team, but the group decided to seal a deal:

"We said the following: 'Anyway, we're together.' 'Because no one knew until that moment if it would be good, it would be bad, what the repercussion," Bianco recalled.

And the video really reverberated – in addition to the Special Secretariat for Social Security and Labor. The Planalto communication team enjoyed the experience and even posted another shoot: this time with the Polly Pocket dolls, Lols Surprise and Trolls.

Bianco says she was afraid to expose Lara, but believes the videos help in the financial education of children. "I have shown to my daughter that we can not spend more than we earn, that she can not buy everything. Children nowadays think that money is born in a tree," he said.

"People who think that the state is the provider of all things, in my opinion, think like a child of 6. We have to show them that the government does not have unlimited money," Bianco said.

The games with her daughter are the fun part of the hard mission of convincing parliamentarians from various sectors about the reform proposal. That is why Bianco's agenda does not stop. "This exchange of experiences, for me, is spectacular," said the secretary.

"You go from the postdoctoral economist to the guy who was very simple, but he has gained a position of respect, a leading position in his community," he added.

Master in law and civil servant of career of the Advocacy General of the Union since 2008, Bianco knows well the operation of the Congress. Therefore, delays in voting on the proposed Pension reform do not scare him.

"There will be noises and mishaps, because the political process is a complex process. Then one day is more complicated, and the other is more simplified," admitted the secretary, who says he is optimistic for approval.

Bianco believes that one of the biggest difficulties is dealing with information that he considers false and which, according to him, are formed by richer people who fear losing privileges. "Whoever dissuades public opinion with ideas that the reform would hurt the poorest are the richest. Trying to protect their benefits, they claim protection for the poorest," he said.

Bianco says that, at first, Lara did not like the comparisons with Mickey. "I said, 'No, daughter, I like it, it's good for them, it's good for me too, it's not being offensive, I'm not calling,' he says.

The conversation turned out to be a lesson in bullying. "If your little friend does not like a nickname, do not call him that. Ask him if he calls. If he does not call, great, you can play around with that," Lara told him.

"The next day, at school, she said: My dad's friends call him Mickey. And he does not care, he likes it," Bianco said.

Even with all the good humor, he remembers that there is someone behind the special assistant secretary of Social Security and Work sometimes compared to the Disney character: Bruno.

Bruno Bianco shows the clock with the Mickey Mouse display that he won from his brother, named after the nickname received in the networks – Photo: Fábio Tito / G1

St. Paul, Bruno is 37 years old, married, father of two girls – in addition to Lara, he has Lis, 8 months old. He lived in Brasilia for two and a half years, but was born in Marília, in the interior of the state of São Paulo. Has hobby cooking – even G1 that the next video will be the "Pizza of the Welfare" ("But it's not saying that it will end in pizza!").

"I'm Bruno, I do not want to be Mickey, but why do I joke about it because I see that it's good for people, people have fun with it," he recalled.

"If, through Mickey, I can give the message as a public servant, and I can fulfill my role as a Brazilian, I'll be Mickey."

PROPOSAL FOR REFORM OF THE PENSION