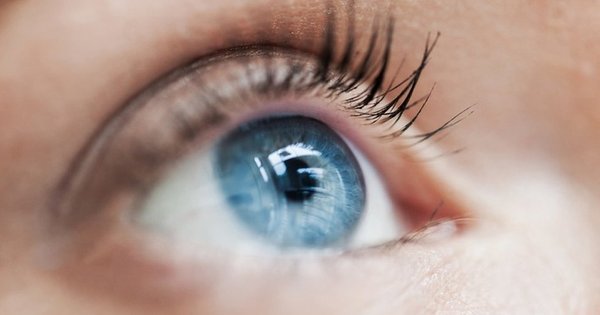 Main cause of irreversible vision loss, glaucoma will affect 80 million people in 2020 and 111.5 million in 2040, according to projections by the World Health Organization (WHO). In Brazil, there is a dearth of reliable and up-to-date information on the prevalence of the disease, which this year is the central theme of the Abril Marrom campaign, which aims to prevent and combat various types of blindness.

"What we do know is that in recent years there have been more cases because of aging populations and more diagnosis today than in the past," says Nara Gravina Ogata, a specialist in childhood and adult glaucoma at the Hospital das Clínicas at the University of São Paulo (USP) and member of the Brazilian Council of Ophthalmology (CBO).

It is a chronic and degenerative disease of the optic nerve (a structure that sends the images from the eye to the brain), usually associated with increased intraocular pressure – this measure indicates the tension inside the eye and has a mean value of 16 mmHg, but up to 21 mmHg is still considered within the limit of normality.

It causes a narrowing of the visual field, causing the person to progressively lose peripheral vision. Nara explains that in most cases, he is asymptomatic.

"The problem is that when the diagnosis is made, the optic nerve is usually badly damaged and peripheral vision is already very compromised," he said. he says.

Who is affected by the disease?

The pathology has varied origins, with genetics being one of the most relevant. To get an idea, children of glaucoma sufferers have 6 to 10 times more chance of developing it.

Advanced age also raises the risks. In general, the incidence increases from 40 years, reaching 7.5% at 80, as well as the use of steroids with indistinct steroids and without medical follow-up, since they can cause an increase in intraocular pressure.

Attention should also be redoubled in diabetics, cardiac patients, victims of trauma or injury (for example, a heeled or elbow in the eye) and people of African or Asian ethnicity.

According to the Ministry of Health, the prevalence of the disease is three times higher and the chance of blindness six times higher in Latinos and Afro-descendants compared to Caucasians.

What types of glaucoma?

There are several types of glaucoma. The most common is the open-angle primary, which accounts for about 80% of the diagnoses. It is asymptomatic and affects people from the age of 40.

In this case, the intraocular pressure rises slowly due to the malfunctioning of the drainage angle of the eye, responsible for the output of the ocular fluid (aqueous humor). As a rule of thumb, loss of vision begins at the ends of the visual field and, if not treated correctly, ends up compromising the whole vision.

The angle-closure primary, with a higher incidence in Asians and people with farsightedness, occurs when the angle of exit of the aqueous humor is blocked, usually by the iris, and the fluid can not be drained.

In general, it causes a sudden increase in intraocular pressure, and the patient may have severe pain in the eyes and head and may have blurred vision.

Congenital glaucoma occurs when the child is born with a poor formation in the fluid drainage system of the eye. Its symptoms include dull, bluish-colored eyes, watery eyes, photophobia, and increased eyeball size. It may manifest soon after birth or in childhood.

"This is an uncommon type, but early diagnosis for immediate treatment is essential," says Wilma Lelis Barboza, an ophthalmologist who is a member of the Brazilian Council of Ophthalmology and president of the Brazilian Society of Glaucoma (SBG).

And she adds: "The test of the little eye (red reflex), mandatory in some cities, is the perfect opportunity for the pediatrician to evaluate possible eye diseases in newborns."

Another type of glaucoma is the normal pressure. Unlike the others, optic nerve damage occurs even without elevated intraocular pressure. Its causes are unknown, but it is known to have an association with vascular problems.

There is also the secondary, triggered by external factors such as inflammation, trauma and use of steroid eye drops for an extended time without indication and medical follow-up; the pigmentation, caused by the occlusion of the draining angle of the eye by pigment that is released from the iris, and the pseudo -foliation, caused by the obstruction of the drainage system of the aqueous humor by abnormal fibrillar deposits.

How is the diagnosis made?

As most cases are of the asymptomatic type, the diagnosis of the disease occurs in routine ophthalmological consultation. In this occasion, says the doctor Nara Gravina Ogata, it is imperative that the measurement of the intraocular pressure and the examination of the fundus of the eye, to analyze the state and the functioning of the optic nerve.

"Depending on the case, a few more tests may be required, such as computed tomography (evaluates visual field defects), ultrasonic pachymetry (measures corneal thickness), optical coherence tomography (checks retinal and optic nerve structures) and retinography (check for possible changes in the fundus of the eye), "he adds.

It is worth noting that people over the age of 40 and those with a family history of glaucoma need to see their ophthalmologist more often. In the evaluation, the risk factors will be weighed and the periodicity of the visits determined.

What are the treatment options?

Once glaucoma is diagnosed, treatment is given based on its type and stage. Wilma Lelis Barboza, of SBG, emphasizes that it has no cure, but, yes, control.

"It is a chronic and progressive disease, and the goal of treatment, whatever it is, is to stabilize it, but it will not cause the patient to regain lost vision. However, even the advanced cases, when there is a major loss of vision, need to be treated on a regular basis in order to avoid blindness, "he says.

Therapies are made with clinical, surgical procedures or the combination of the two. At the onset of the disease, daily application of specific eye drops is usually recommended.

Among the most common are: prostaglandin analogs (travoprost, bimatoprosta and latanoprost), beta blockers (timolol maleate), carbonic anhydrase inhibitors (dorzolamide hydrochloride) and adrenergic receptor agonists (brimonidine tartrate). They can be used separately or combined.

In some situations the use of laser is also necessary. The first steps of angle-closure glaucoma, for example, are performed in this way. Surgery, in turn, is indicated in about 10% of cases and in congenital glaucoma.

According to the president of SBG, adherence to treatment, which is continuous and without predetermined duration, is very important for its success. "Because they do not understand the evolution of the disease, many patients tend to neglect medication delivery," he adds.

Recently, specialists from the Brazilian Council of Ophthalmology have promoted two studies on the impacts of glaucoma on vehicle driving in order to verify if the visual impairment caused by the disease increases the risk of accidents.

In the first one, the impact of crowding (agglomeration) was evaluated – a phenomenon in which the objects mix when presented very close, making visualization difficult – in the glaucomatous ones.

"Crowding sets a fundamental limit to the capabilities of peripheral vision and is essential to explain performance in a wide range of daily tasks," explains Nara, one of the authors of the paper.

"And because of the effects of glaucoma precisely on peripheral vision, we hypothesized that neural loss in the disease would lead to stronger implications of visual crowding, which has been confirmed," he adds.

At the end of the experiment, published in the February issue of the journal Investigative Ophthalmology & Visual Science (IOVS), The Association for Research in Vision and Ophthalmology (Arvo), it was found that those with the disease, even in the early stages, greater difficulty in discriminating the items.

The other study by the Brazilian Council of Ophthalmology evaluated the ability to divide attention by driving and talking on the cell phone, a very common day-to-day scene, although prohibited by the Brazilian Traffic Code (CTB). The aim was to verify the performance of glaucoma patients in this situation.

The conclusion was that the time of reaction to peripheral visual stimuli is significantly worse among patients with glaucoma. While using the phone, it was 1.86 seconds, versus 1.14 seconds of drivers with healthy eyes.

Those who have the disease are not forbidden to drive a car, but need to be warned that the risk of accidents is greater and, together with the doctor, decide whether it is better to stop or continue with this activity.

This work by the Brazilian Council of Ophthalmology was presented at the last congress of the American Glaucoma Society in New York, USA, and published this month in the American Medical Association (AMA) journal Jama.