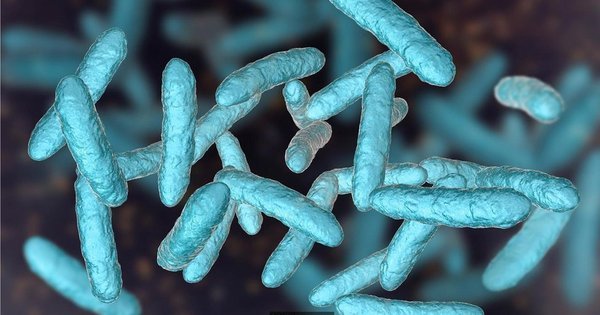 Our intestines contain about 100 trillion microbes, collectively known as intestinal flora. Like our fingerprints, each of us has its own microbioma, and they are a combination of what we inherit from our mothers during birth, diets, environment and lifestyle.

It is known that the intestine plays a key role in different parts of our body, including digestion, hunger and satiety, through multiple mechanisms. But now researchers are beginning to discover the specific differences between the microbiomes of obese and lean people. They believe these findings could lead to more efficient weight management treatments.

There are hundreds of differences in the human genome that predispose us to obesity, which increases the risk of developing cardiovascular disease and type 2 diabetes.

Genetic factors, coupled with sedentary lifestyle and poor diet, have made the number of overweight and obese people catapult around the world. In Brazil, they are already more than half the population, according to IBGE (Brazilian Institute of Geography and Statistics).

Studies with twins have shown that obesity has a heritability rate – how much of our characteristics is caused by genes rather than the environment – between 40% and 75%.

That is, external factors can influence our weight. Still, while differences in the bacteria we carry in our intestines may interfere with our extra pounds, scientists still do not know why or even how much of it is due to our genes.

Have you ever struggled to lose weight even following a balanced diet? For perhaps the fault lies with the bacteria in your gut flora. Specifically, the enzymes carried within them.

"When we eat something, the bacteria we carry in our intestines digest some of the food that our enzymes can not digest," said Purna Kashyap, associate professor at the Mayo Clinic and chief of the Gut Microbiome Lab in the UK.

"This process generates additional calories that our intestinal flora can bring back to us. This is a mutually beneficial relationship, from which bacteria give us more nutrients than those present in what we eat," he adds.

Kashyap then decided to take a test. Could it be that on a low-calorie diet, gut bacteria could be more efficient not only at getting calories from food (useful, for example, at times of food shortages) but also prevent weight loss?

In their experiment, 26 participants followed a low-calorie diet rich in fruits and vegetables, and some did not lose as much weight as others. Analyzes of their intestinal floras showed that participants had different levels of two specific types of bacteria. One of them, the Dialister, prevented weight loss.

In those unable to lose weight, this bacteria was able to digest carbohydrates and use their energy more effectively, says Kashyap.

However, the expert says that only a fraction of the weight loss can be controlled by these microbes.

"From the biology point of view, it makes sense that bacteria can be an obstacle (for weight loss), but they can only play a very small role because they generate only a small number of calories needed."

Although the research could not conclude from where the Dialister, another research found that some bacteria that we carry from our diet can indirectly cause weight gain by changing the behavior of the gut.

In this study, the researchers analyzed blood plasma and stool samples from 600 obese and non-obese individuals, and found 19 different metabolites linked to four types of intestinal bacteria that could lead to weight gain, including glutamate, obesity and BCAAs ( branched chain amino acids) associated with increased insulin secretion and the risk of type 2 diabetes and cardiovascular disease.

These metabolites can be partly determined by meat consumption, according to researcher Louise Brunkwall.

"The metabolic pattern we identified contained many branched-chain amino acids found in animal products. This is in line with other research that shows that a high intake of protein increases the risk of various diseases," she explains.

Brunkall says the research needs to focus on how the composition of intestinal bacteria can be modified to reduce the risk of obesity, in addition to understanding how the healthy gut looks and which factors alter its bacterial makeup.

The differences in the intestinal bacteria profile of lean people compared to obese people are still not clear, says Oluf Pedersen, a professor of Metabolic Genetics at the Center for Basic Metabolic Research at the Novo Nordisk Foundation at the University of Copenhagen in Denmark.

On the other hand, it is already scientifically proven the importance of having a diverse intestinal flora, full of many different types of bacteria.

Pedersen and his team analyzed the intestinal floras of 123 non-obese adults and 169 obese adults and found that 23% of those with low bacterial diversity were more likely to be obese, had insulin resistance, and had elevated blood lipids and levels inflammatory markers in the blood.

All this increases the risk of type 2 diabetes and cardiovascular disease. Those who were obese and had lower bacterial diversity were in a worse situation: they gained much more weight in the nine months prior to the experiment.

Pedersen says scientists still do not know the reasons why some people have more diversity of intestinal bacteria than others. On the other hand, they know that multiple antibiotic treatments can contribute to a large loss of bacteria that never fully recover.

In this sense, we do not know if the diversity of bacteria is cause or consequence of weight gain. But evidence indicates that our intestinal flora may, indeed, influence our metabolism.

One study found that we can increase the diversity of our intestinal microbiota by increasing fiber intake. When we consume fibers, our intestines break them down into short-chain fatty acids, including butyrate, an anti-inflammatory linked to thinness and lower inflammatory diseases, explains study author Ana Valdes and associate professor at the University of Nottingham in the UK .

"I recommend anyone who has type 2 diabetes to eat a high-fiber diet to reduce the level of the disease and increase butyrate production," she says.

"People with more diversified and fiber-rich microbiomes have fewer insulinogenic diets (foods that give us lower glucose and insulin spikes) and probably have a higher metabolism," he adds.

According to Valdes, "we still need to do more studies, but intestinal bacteria can convert fiber into substances that modulate insulin sensitivity and energy metabolism."

Undoubtedly, the most innovative evidence on the association between weight and intestinal health performed so far involves the bacterium Christensenellaceae. About 97% of us have detectable levels of these bacteria in our intestines, but studies have shown that it is more prevalent in lean people.

When researchers looked at hereditary intestinal bacteria, the Christensenellaceae appeared at the top of the list. This microorganism is found in intestinal flora around the world and appears from a very early age, including in the intestines of infants.

"We have never heard of this before, and we are proud to have made this discovery," says Ruth Ley, study manager and director of the Department of Microbiology Sciences at the Max Planck Institute for Development Biology in Tübingen, Germany.

To verify the importance of this bacterium, researchers transplanted a microbioma associated with obese, adapted to include the Christensenellaceae, in mice and found that this protected them from gaining weight.

"Because genetics is responsible for only about 40% of that bacteria, we do not know where the other 60% come from," says Jillian Waters, who was part of the team that conducted the study. Your guess is that they come from our diet and from our lifestyle. The aim of the researchers is now to better understand this relationship for the development of possible treatments in the future.

Meanwhile, researchers at the Weizmann Institute in Israel have found a way to customize the treatment to benefit intestinal health and reduce the risk of developing diabetes, a condition that is linked to obesity.

They asked a thousand volunteers to measure their blood sugar every five minutes, and to record what they ate, how they slept and what they felt for a week. They then discovered that they react differently to different foods.

"Many foods have generated reactions that we expected in people, for example, eating sugar-free foods kept sugar levels constant in most people, while eating sugary foods meant that those levels increased. between people, "says Eran Segal, the study's lead author.

"Tomatoes are a food that greatly increases glycemic levels for some people, so their intake must be controlled. For others, one specific food can be harmful, but when combined with another, it generates benefits."

The algorithm was licensed for start-up Day Two, which offers services in Israel and the US, and plans to expand to the UK in the near future.

Researchers believe that other personalized treatments will be available over the next five years – but there is still a lot of work to be done.

The bacteria in our guts, says Kashyap, are capable of complex biochemical reactions.

"We need to understand now how these bacteria influence each of these processes, leading to obesity and diabetes, which are complex and multifactorial diseases," he says.

"If we can find out how the gut bacteria influence it, we can customize treatments, which will have an impact on the patient's obesity." There is no doubt that the microbiome is part of that solution, concludes.