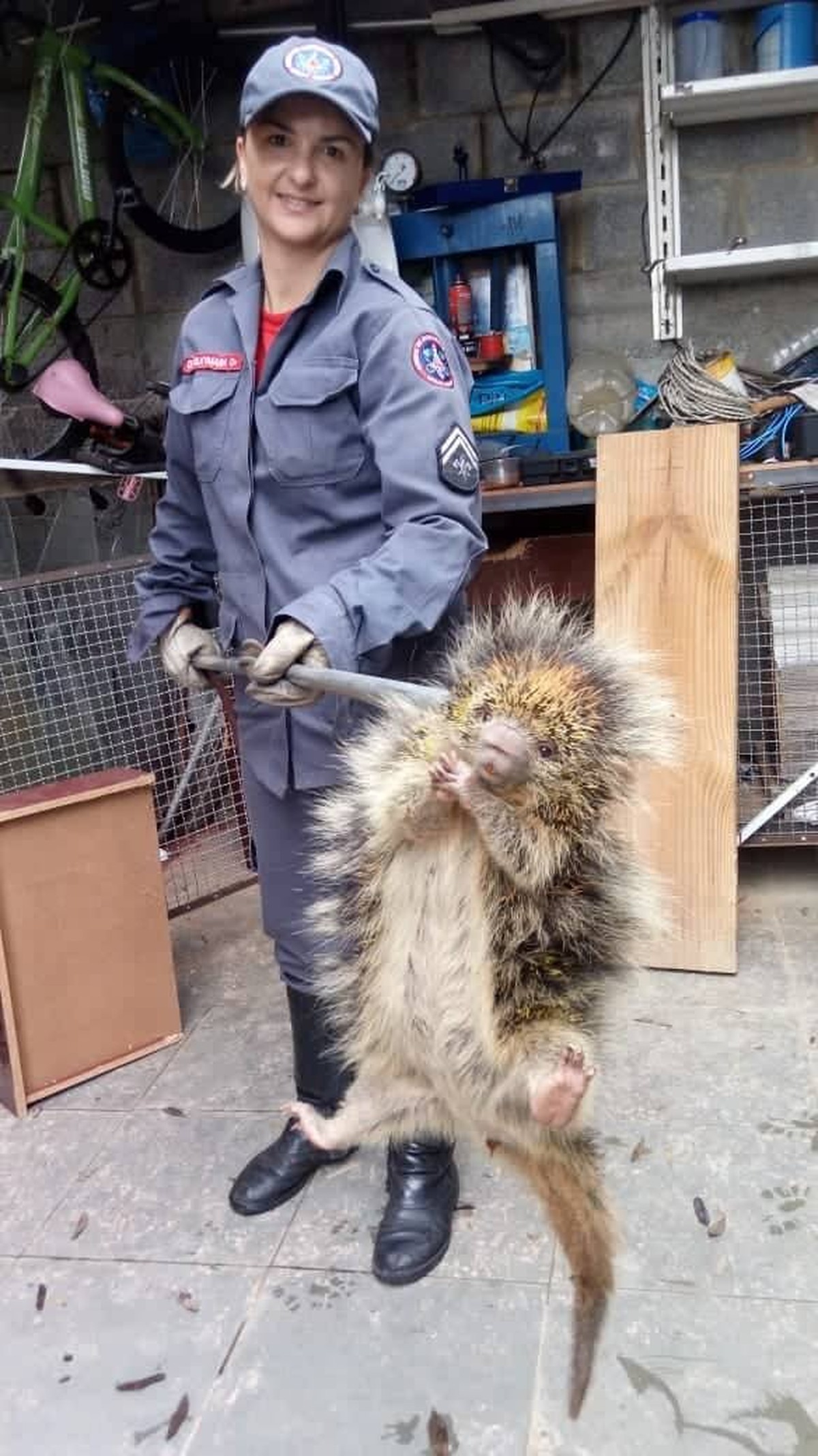 A hedgehog was rescued this Wednesday (7) by the Fire Department from inside a house in the Carmo neighborhood in Barbacena.

According to military reports, the corporation was activated around 9:30 am, when a resident of Rua Pedro Bonato reported that the animal was hidden among some furniture.

The firefighters went to the scene and removed the hedgehog with the help of a hook. Later, he was released in a forest of the region.

According to a fire department sergeant who participated in the rescue, catches like this are becoming routine. "The great destruction of native forest and the excessive rains cause them to leave their dens to seek shelter and food," he said.

According to the military, hedgehogs are docile, do not attack and use the spines to protect themselves from other animals, such as dogs.