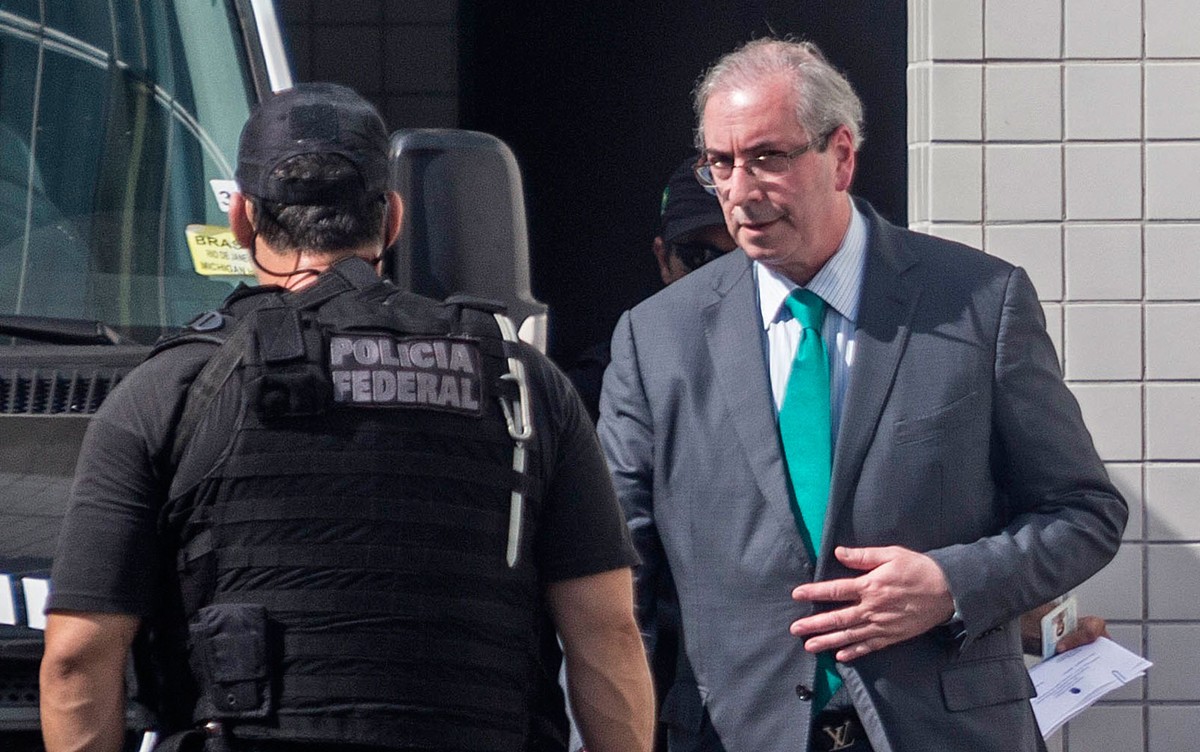 Fachin's decision was signed last week. This Monday (18) the case should be referred to the Presidency of the Supreme Court to decide whether to go to a new rapporteur.

The report attempts to contact those involved in the inquiry by Fachin (read at the end of this article what those who have already said).

The minister took into account the Supreme Court decision that restricted the privileged forum to acts that took place in the office and related to the office – suspicions during the election, for example, are considered out of office.

According to the Attorney General's Office (PGR), the group received $ 30 million in 2014 for Eduardo Cunha to be elected "to counterpoint then President Dilma Rousseff".

According to the allegation, the money would have been passed on by official donations, cash deliveries, and issuance of cold invoices, without providing the service.

Eduardo Cunha is imprisoned in Rio de Janeiro, in the Bangu prison. He was arrested in October 2016 by order of the then judge Sergio Moro, current Minister of Justice, and spent more than two years in Paraná.

An investigation on a similar issue is under way at the Federal Regional Court of the 1st Region, according to the PGR, and for this reason, politicians without a forum must answer in that court. For the PGR, only the three parliamentarians should answer in the Supreme.

Minister Fachin, however, had an inquiry against the 18 opened for suspicions of corruption and money laundering.

"In so far as the claim is based on at least evidence – collaboration and supporting documents, the context must be tested 'opportuno tempore' in the light of constitutional procedural safeguards. The ministerial intention must therefore be upheld. to investigate, that is, to inquire, to gather elements, to inquire, in short, to gather data that may lead to the formation of 'opinio delicti', decided Fachin.

The minister noted that the fact-finding inquiry "does not, of course, imply any responsibility for the investigated party."

Fachin has asked the President of the Court, Dias Toffoli, to send the case to be drawn to a new rapporteur for being unrelated to fraud at Petrobras. It will be up to the new rapporteur to decide on the so-called break-up, ie the dispatch of politicians without a forum to the TRF-1.

What the survey targets said

Read what the politicians who will answer the survey said:

José Priante (Federal Deputy / MDB-PA) – I was surprised to hear of the opening of an inquiry in the Federal Supreme Court, in which I would appear as one of its investigators. The fact ascertained would be the supposed purchase of votes by the then Deputy Eduardo Cunha to enable his election to the Presidency of the Chamber of Deputies. I have a strong interest in having such an accusation cleared and the truth ascertained. I have never sold my votes, and I demand that the inquiry be continued so that the facts may be elucidated. Therefore, imputation is false. I place myself entirely at the disposal of the Federal Supreme Court and the authorities of the Public Prosecution Service and the Federal Police.