Extinct by Bolsonaro, DPVAT generated more than $ 30 billion to SUS in 11 years 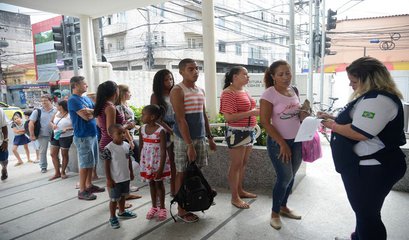 Extinct on Monday (11) by the Brazilian government, the "compulsory insurance" for vehicles, DPVAT, was responsible for providing the Unified Health System (SUS) more than $ 30 billion in just over a decade
edit

From Brazil in Fact – Extinct on Monday (11) by the Brazilian government, the "compulsory insurance" for vehicles, DPVAT, was responsible for providing the Unified Health System (SUS) more than $ 30 billion in just over a decade.

The regulation of DPVAT determines that 45% of the funds raised with it are allocated annually to the SUS. In 2018 alone, R $ 2 billion were passed on.

Family doctor and professor at the Federal University of São Francisco Valley (Univasf) Aristotle Cardona explains that, despite Brazil's large health budget, DPVAT money may be lacking, as there are increasing financial constraints in the area. One is the Expenditure Ceiling Amendment, which has frozen investments in the sector for 20 years.

“In ten years, from 2008 to 2018, were more than $ 33 billion. A significant amount that entered directly. If we start from the point that the system is strangled, underfunded, it becomes a significant amount, ”he says.

Cardona predicts a "chain reaction" that could "magnify the impact" of the measure. In addition to the end of direct transfer, the extinction of insurance will possibly lead more people to seek SUS in case of accidents.

Associated with electronic radar suspension implemented by the government, the extinction of DPVAT funds, which is also used in prevention campaigns, can contribute to the increase of accidents.

Tatiana Gould, 33, received DPVAT ten years ago. At the time, I didn't even know that insurance existed. Due to his injuries, part of his treatment, including surgery, was done by SUS. She sees the obligation of insurance as "essential", remembering that injured without formal employment can spend long periods without income.

“I broke my arm, I had to put a pin. In the other car, which crashed into us, the driver passed away. The family received the DPVAT. The boy was the family provider, was coming home from work at night. They ran out of income, ”he reports.

Measure is seen as retaliation

In Brasilia, the motivation of the decision by Jair Bolsonaro (PSL) is seen, at least in part, as retaliation against Luciano Bivar, PSL federal deputy and president of the subtitle. The two became disaffected after disputes over party control.

Bivar is a partner of Excelsior, one of the insurers that make up the DPVAT administration. Neither of them commented on the issue in public.