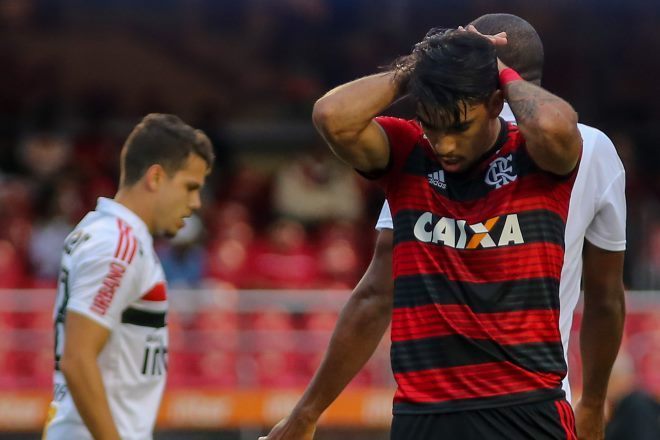 O Flamengo tie against São Paulo by 2 to 2, on Sunday (4), for the 32nd round, left the Carioca team six points behind leaders Palmeiras (66-60). But the only message that came out of the locker room after the game at the Morumbi stadium in the state capital was that the team will fight for the Brazilian Championship title until the last round.

Dorival Junior is the model for the confidence speech. "There are still six rounds left (18 points) and a lot can happen. Flamengo has evolved a lot in the competition and shown to be able to be the champion ".

About the game, he lamented the lack of accuracy in the finals, which could set the victory in favor of the team from Rio. "It's missing that detail in the final touch to the goal because our team already trades the passes well and has created chances, and it's been very vibrant and tough."

For midfielder Everton Ribeiro, the team could have done better if they took chances to kill the game. "In this final stretch we have to do more, but it's the game," he commented on the chances lost by all flamenguistas. But they are confident they will fight for the title: "We have not said goodbye to the title because there are still six more games left and they (Palmeiras) can stumble. It has become more difficult, but we will believe until the end."

Striker Uribe said: "We did not expect this result because we wanted to win, but the draw was important because twice we were looking for the result and I think it's still possible to reach the title."

The next Flamengo commitment will be the classic against Botafogo, next Saturday, at 7 pm, at Engenhão Stadium, in Rio de Janeiro, for the 33rd round.

Neymar has a good body part drawn. See the tattoos