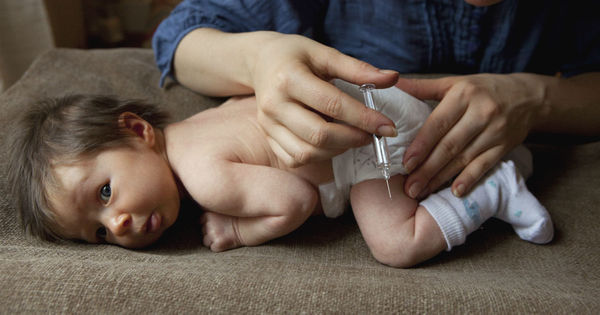 Cases are within the historical average and there is no reason to boast, according to Surveillance; winter is the period of greatest proliferation of the disease

The occurrence of meningitis deaths before winter, which is the most favorable season for the disease, puts health services on alert in cities in the interior of São Paulo. In Indaiatuba, three people – a 17-year-old boy and two babies, 8 months, 1 year and 2 months respectively – died this year after contracting the disease.

The last death happened in May. Two deaths resulted from bacterial meningitis, the other was caused by viral meningitis. A fourth death, possibly due to viral meningitis, of a 1-year-old and 2-month-old baby is under investigation. There were another 20 cases in which the patients recovered.

The Department of Health conducts an action in children's schools in the municipality and, when necessary, vaccinates students. The agents check the immunization portfolios and guide the parents about the forms of prevention.

The Department of Epidemiological Surveillance says there is no reason to alarm, as the cases in 2019 are within the historical average. In 2018, there were 43 cases and three deaths, and in 2017 there were 51 cases and deaths. The city council said that it strictly follows all suspected and confirmed cases, following the protocols of the Ministry of Health.

In Sorocaba, 58 cases of meningitis were confirmed this year, 13 of which were bacterial meningitis, 36 viral cases and 9 other etiologies. Of the total, four evolved into deaths. Despite the numbers, the Municipal Epidemiological Surveillance reported that there is no outbreak in the city. "All suspicions of meningitis should be notified to the Municipal Surveillance, which monitors the cases and indicates blocking measures when necessary," said the city hall.

In Mairinque, an 11-year-old student died in April after contracting the bacterial form of the disease. The child had been hospitalized with suspected venomous bite, but the tests confirmed meningitis. Epidemiological Surveillance blocked the case.

Learn more: Flu vaccine will be offered to the entire population as of Monday

In São José do Rio Preto, among the victims of meningitis is the journalist Fabiano Fresneda, 34. He died in April of this year after staying about 50 days in the Intensive Care Unit of the Base Hospital.

The city of Ilhabela, north coast of the state, the emergence of five cases of meningitis led to the suspension of classes in schools where children, aged 2 to 4 years, studied. Four cases were viral and one bacterial, but all patients evolved to cure.

The Center for Epidemiological Surveillance (CEV) of the State Health Department reported that there is no evidence of abnormality in the epidemiological scenario of meningitis so far. "In cases of localized outbreaks, where necessary, epidemiological surveillance is triggered to immediately act on the investigation of cases and provide for vaccination of specific groups with the aim of effectively containing transmission," the agency said in a statement.

Ask your questions about the meningococcal meningitis vaccine: