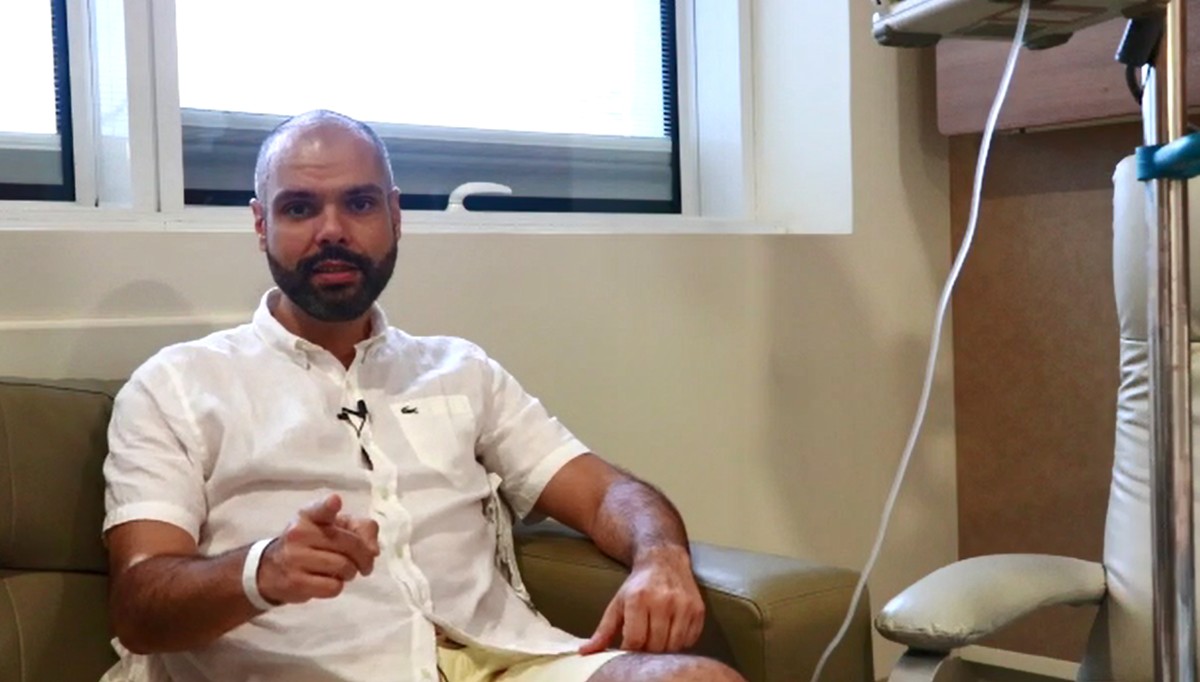 The mayor of Sao Paulo, Bruno Covas (PSDB), made an echocardiogram this Friday (8) that showed a reduction in the right atrial thrombus of the heart. According to the medical report, the mayor's health condition remains stable and he is being treated with anticoagulant.

Covas is still hospitalized at the Syrian-Lebanese Hospital in central São Paulo. Still according to doctors, next week Covas will undergo a reevaluation to start the second session of chemotherapy. The mayor treats cancer in the transition between the esophagus and the stomach and has decided not to leave office for treatment.

The mayor had the first chemotherapy session on October 30, the treatment lasted 30 hours and Covas had no side effects. The procedure can be done on an outpatient basis, but the mayor remains hospitalized at the Syrian-Lebanese Hospital in central São Paulo, with no forecast of discharge due to thrombosis with pulmonary embolism.

In all, Covas will have three chemotherapy sessions in the first phase of treatment. The next will be held in two weeks.

Initially, Covas was admitted on Wednesday (23) at the Syrian-Lebanese Hospital to treat an erysipelas, which is a skin infection caused by bacteria. Two days later, he was diagnosed with venous thrombosis of the fibular veins in his leg.

On Saturday (26), other tests diagnosed pulmonary thromboembolism and a tumor in the digestive tract. Finally, another examination, a laparoscopy (minimally invasive surgery) performed on Sunday night (27), confirmed the malignant tumor.

The medical team explained that this type of tumor affecting the mayor is relatively frequent, but rarer in young people. Covas is 39 years old.

In addition to the tumor in the transition between the esophagus and the stomach, Covas has minor lesions in the liver and lymph nodes. This is due to a process called metastasis, which is characterized by the migration of tumor cells to other parts of the body. According to doctors, the disease was treacherous because there was no symptom at the site.