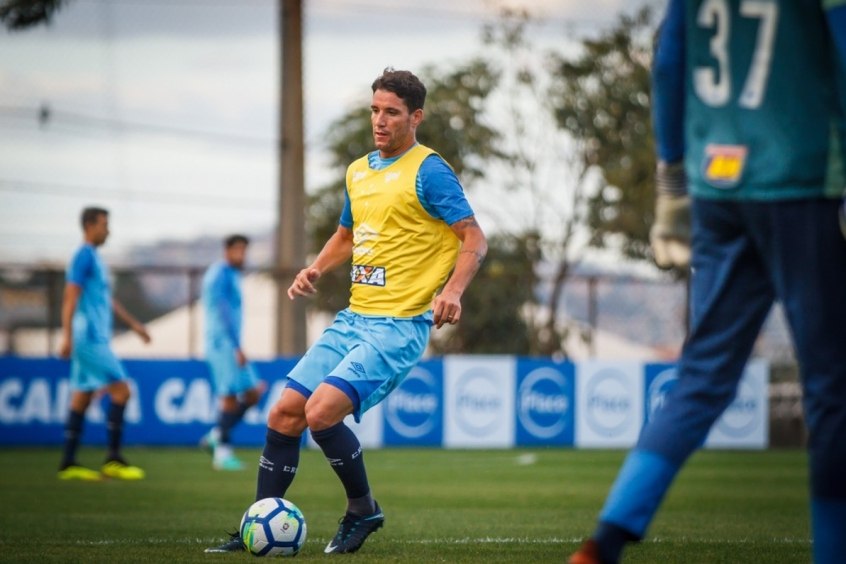 If Raposa reaches fifth place in the league, in addition to increasing the club's rewards, players will receive a reward for the achievement

If Raposa reaches fifth place in the league, in addition to increasing the club's rewards, players will receive a reward for the achievement

When you have fulfilled obligations, we tend to create goals and objectives to check our potential and keep the motivation of the challenge. With the Libertadores seat and this year's Brazilian Cup title secured, Cruzeiro set a new in-goal for the team in the final stretch of the Brazilian.

And the objective traced became a bet between Thiago Neves and the president of Cruzeiro, Wágner Pires de Sá. The Celestial half bet with the manager that if the team finishes in Brazilian quintono, the team will win a reward.

"I can not tell you what the bet is. But it's a little bet I made with him, if we get fifth, he's going to put something together for us. Let's fight, I hope we can, because then everything is in my hand.

Besides the collective goal, Thiago has a more personal goal. Be the club's top scorer in the season and exceed the number of goals scored. In 2017, the sock went to the nets 17 times. Currently with 15 goals, the player can overtake Arrascaeta, who also scored 15 times in the year, as the teammate will be two away games for services to the Uruguayan team in friendly in England.

"I've never fought for artillery, it's never been my focus. But I want to do more than last year. This shows that I am getting better every year. Already in the assists, divided with everyone this year – said the player, who only gave two assists the year, unlike the 14 of last year, he said.

Future in the Burrow and "dispute" with the Rooster

Besides the bet and the individual goal, Thiago Neves talked about the future. He has a contract with the club until the end of next season and hopes to continue on Fox.

– I'm home in Cruzeiro. The board is already thinking about 2019 and I have a contract, I do not have to leave. If anything comes up, let's talk. And I hope the others will stay as well, because the team is strong, next year is going to be the third year playing together, with sharp coordination, so we can conquer even more next year, he explained.

About being with the same number of points as the rival Atlético-MG. Thiago Neves said that it is not one of the objectives until the end of the year to overcome the team alvinegra.

– Our goal has nothing to do with Atletico. We want to add as many points as possible because of the greatness of the club and because we can not get into the field to play. You can not go for a walk. The fans go to the stadium to see us. They make theirs there and we make ours here. Then we'll see where we end up. They already had a good advantage in the table, and we think game by game, finalized.