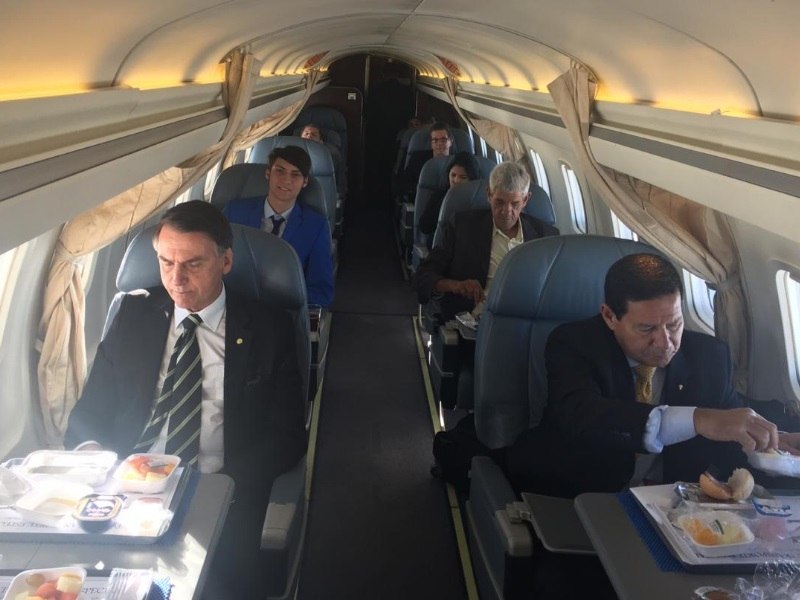 Solemnity is scheduled for 10am at the Plenary Ulysses Guimarães, in the Chamber of Deputies. RecordTV brings unique images of the airplane

Jair Bolsonaro arrived in Brasilia around 8:55 pm on Tuesday (6), in his first trip after being elected President of the Republic. THE RecordTV brings exclusive images of the president-elect's trip and his entourage.

O Brazilian Air Force Legacy jet landed at the FAB airbase in the federal capital. Bolsonaro was welcomed by the future Defense Minister, General Augusto Heleno, and headed to the living room of the place.

There was the possibility that Bolsonaro might pass before in his functional apartment or that of his son, Deputy Eduardo Bolsonaro (PSL-SP), but this displacement was discarded.

The president-elect goes directly to the National Congress, where he participates in a solemn celebration commemorating the 30th anniversary of the Federal Constitution. The event is scheduled to start at 10 am at the Ulysses Guimarães Plenary, in the Chamber of Deputies.

The House and Senate legislative police have a security scan around 8:30 am to receive Bolsonaro.

After the event in the Chamber of Deputies, Bolsonaro will have lunch with the current Defense Minister, General Joaquim Silva and Luna, in the Esplanada dos Ministérios. At 2:00 p.m., the president-elect will pay a visit to the Navy's commander, Admiral Eduardo Bacellar Leal Ferreira, and at 4:00 p.m., he will meet with Army Commander General Eduardo Villas Bôas.

Watch the arrival of the president-elect in Brasilia: