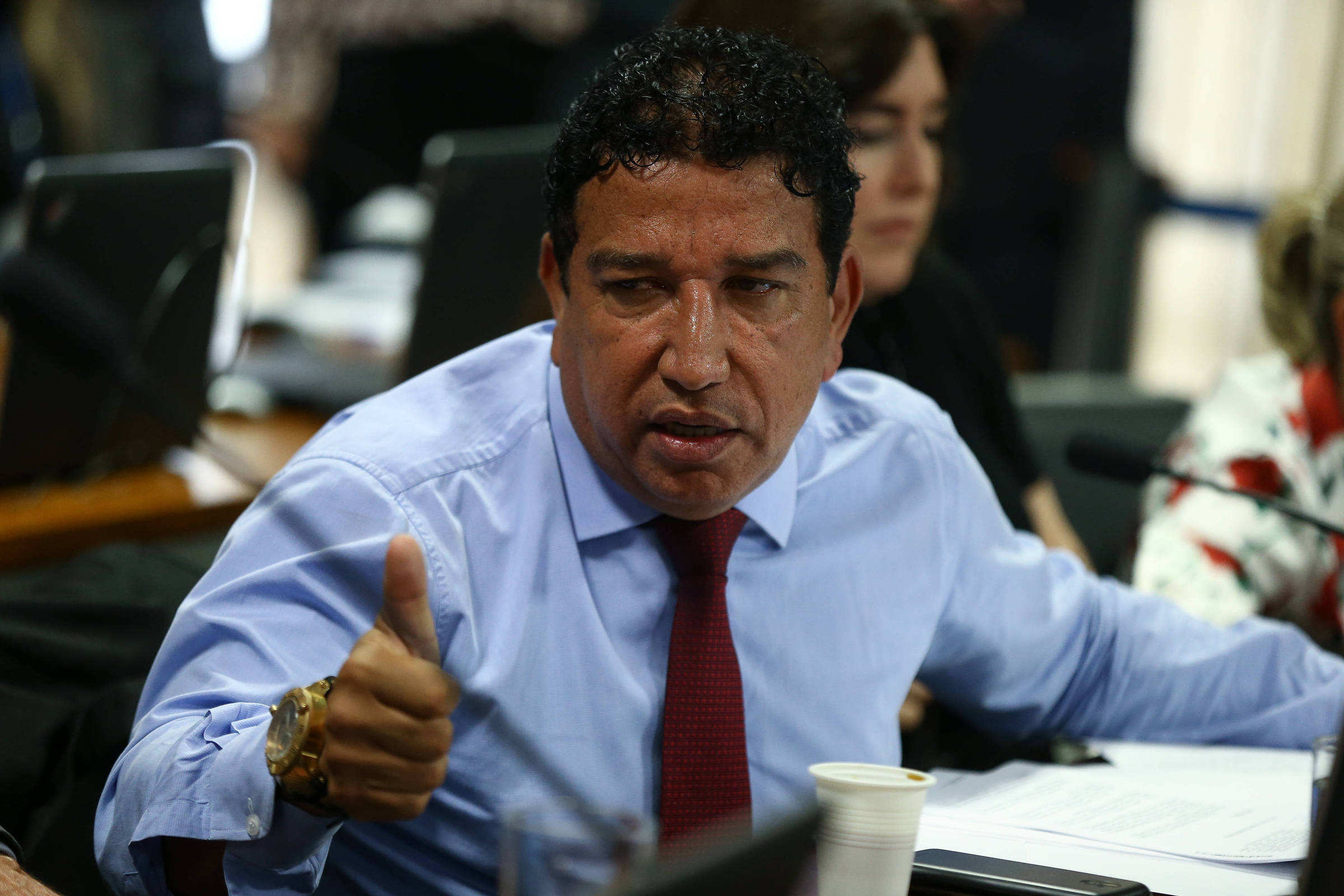 As soon as the victory was confirmed, President-elect Jair Bolsonaro (PSL) made his first public appearance in front of his house. Senator Magno Malta (PR-ES) called on his side.

"Before the collective, our Great Malta, a person who was with us during the whole campaign. […] He will thank God and ask for wisdom so that we can continue on this journey in the Presidency of the Republic, "said Bolsonaro.

In prayer, Malta spoke in a fight against "the tentacles of the left."

No sooner had the euphoria of the moment passed and already began to viralizar, in social networks, images of the capixaba that did not remember the scene of the speech of victory in which he, literally, gave the hands to Bolsonaro.

Among the photos that have become viral, the senator is seen alongside President Michel Temer (MDB) and former PT president Dilma Rousseff.

A follower of Facebook asked in a post on the official page of the senator that he "make a defense of this" because they are "wanting to tarnish his honor."

Until the publication of this text, Malta had not replied. Searching for Folha, the capixaba also did not comment on the episodes.

In an interview with the newspaper earlier this year, while still a candidate for the vice presidency of the plaque that would launch Bolsonaro as a candidate, Malta said he "was cheated by the PT."

"In 2002 I traveled around Brazil 'untangling' Lula. But the voter knows that, just like him, I've been deceived. Made [os petistas] moral striptease in a public square, "he said at the time.

Malta is a senator for the PR, a party of the so-called center – which, in the first round, after being courted by other legends, declared support for the toucan Geraldo Alckmin, who was fourth in the presidential race.

The center was next to the governments of Dilma, of Lula and when Temer assumed the presidency, after the impeachment.

In a text available on the website of Malta, the senator asks for votes to Dilma, at the time in his first candidacy. "If my mother, Dona Dona, was alive, she would call Lula" my son. " They know why: Lula and Dilma found Brazil with 40 million miserable, people starving, "said the senator, in a speech in Espírito Santo, according to the text.

Another sentence, also found on the official website of the senator, Malta says: "I am Dilma and in it I trust with my eyes closed. You may not know, but whoever has always been behind our president is this woman who did a lot for the state [do ES], as chief minister of the Civil House ".

In the Instagram of Malta there is a selfie with Temer – one of the photos that has become viral in recent days. The photo was taken in the Planalto Palace, when Malta met the current president to "thank the troops for sending the Holy Spirit." The year was 2017 and a strike by Military Police officers provoked a wave of violence that resulted in deaths, looting, interruption of classes in schools, bus stoppage and closure of malls in Greater Vitória.