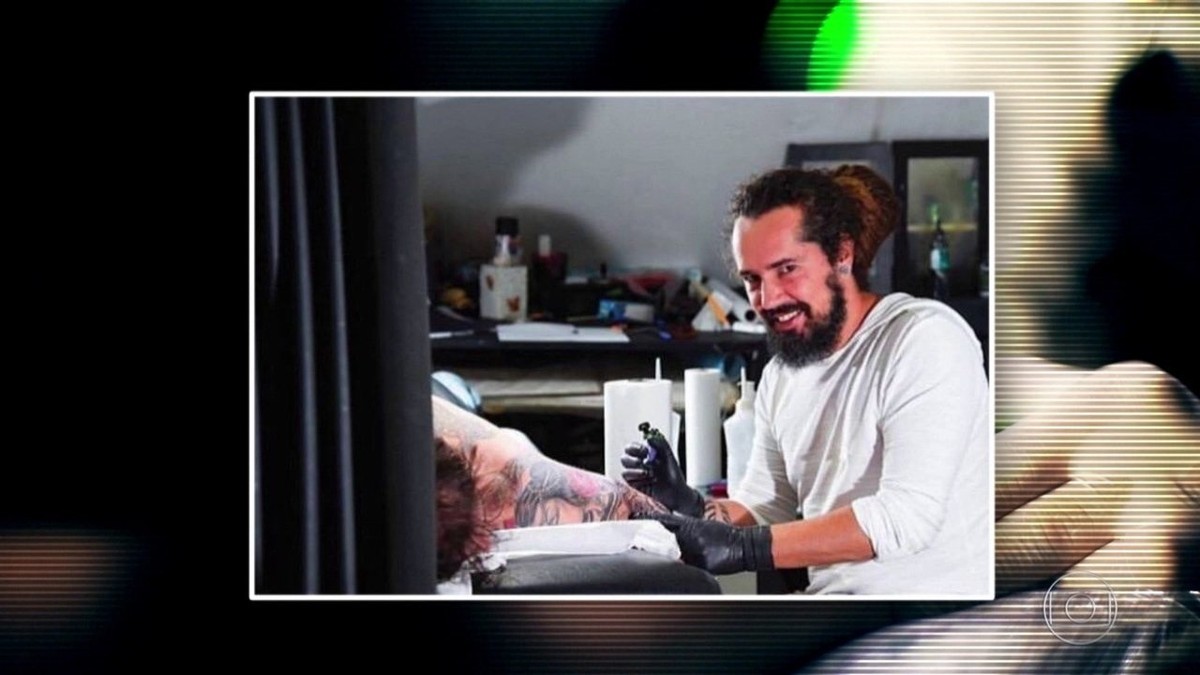 A woman who claims to have been harassed by tattoo artist Leandro Caldeira Alves Pereira reports that when she sought her work to cover a scar on her belly, she was informed by her that she would have to remove her panties before the procedure. The statement was made in an interview with Fantástico.

Leandro was arrested this Sunday (31). According to the Civil Police, 15 women formalized complaints against him in the Specialized Police Station for Assistance to Women in the capital. To Fantástico, Leandro's lawyers sent a note saying that the arrest was unfounded and that his innocence will be proven in the course of the process, which will still be established.

Regarding the petition for the withdrawal of an intimate piece, the woman says she thought it was "strange". "He asked me if I could take off my panties. I found it a bit strange and I said, 'But can not I just lower it?' He: "It would be better if you took it off." I did not doubt it, and I took off the panties. "He leaned the side of the hand right over my vagina and began to tattoo," she said.

The case would have occurred in 2016. The woman says that the session lasted 4 hours, and was even alerted by a friend. "(The friend said) 'You were clearly abused.' I did not go, he's famous, nothing to see. "" We're not ready, we do not know what abuse is yet. "

Ester Gavendo, director of an association that represents 30,000 tattoo studios in Brazil, warns that during a tattoo session like this, a woman does not need to take off her underwear: "You can lower it. there, a cloth or a cloth to protect the client's intimacy. "

Mother unable to enter the room

Another woman who spoke to Fantástico says she was prevented by Leandro from accompanying her daughter, then 16, during a tattoo session. The girl also claims to have been abused.

The mother, who did not want to identify herself and who had already made 10 tattoos with Leandro, took her daughter to the studio. "He did not let me go up with her there, but since we had a confidence, I said, 'No, it's okay, everything's quiet'."

Another woman says that she was "paralyzed" when she was also harassed in a tattoo session at Leandro's studio. "I got there, so very excited.My first tattoo, I wanted to do a lot.He arrived with a stool, put it in front of it and it was embedded in my back and began to make the tattoo.And so: the moment he fit me, so I paralyzed. "

Gavendo condemns the reported behavior. "The tattoo artist really needs to touch you to do the tattoo procedure, but he does not need to be so close to your body," he says. She further emphasized that the tattoo artist can not prevent the presence of a chaperone during the session.

The story that reached the 44-year-old tattooist's prison began with postings on the social networks of literature teacher and activist Duda Salabert. The message received more than 100 responses:

"Of these 100 reports, what caught my attention is that forty were specifically about this tattoo artist with dread, in the studio Tattoo Reggae, used the name Leleco or Leandro, and there they said that it was heavy reports, with sexual violence," said Duda the Fantastic.

"It is considered a fraud because he used these deceptive maneuvers to perform these libidinous acts. The victims believed that that behavior, that position, was necessary for the drawing of the drawing and there would allow those touches the evidence gathered in the police investigation so far are The victims had unified, coherent versions, "says the delegate.