Surprisingly, Apple today released new MacBooks Pro with eighth and ninth-generation Intel Core processors with up to eight cores and offering speeds Turbo Boost up to 5GHz – the first time an Apple laptop can be configured that way! This, of course, in the 15-inch model; 13 ", the processors are quad core with Turbo Boost up to 4.7GHz.

According to Apple, the new eight-core model is 2x faster than a previous generation four-core MacBook Pro and has 40% more performance compared to a six-core MacBook Pro.

"Whether you're a college student who's studying, developing world-class apps or video editors making movies, we're constantly impressed with what our customers are doing with their MacBooks Pro," said Tom Boger, senior director of Mac product marketing at Apple "Now with 8-core processors for incredible performance, coupled with the impressive Retina display, faster storage, full-day battery life and running macOS, MacBook Pro remains the best professional notebook in the world and we can hardly afford it wait for it to reach our customers' hands to see what they will do. "

According to the company, with the new eight-core MacBook Pro, music producers can play massive multi-track projects with up to 2x more Alchemy plugins in Logic Pro X; 3D designers can render scenes up to 2x faster in Maya Arnold; photographers can apply complex edits and filters up to 75% faster in Photoshop; developers, in turn, can compile code up to 65% faster in Xcode; scientists and researchers can calculate complex simulations of fluid dynamics up to 50% faster in TetrUSS; and video editors can edit up to 11 streams multicam 4K video in Final Cut Pro X. Retina display continues with 500 nits brightness, support for the wide range of P3 colors and True Tone, for a natural and realistic viewing experience. It also comes with immersive stereo speakers with ample stereo sound, the security and convenience of the Touch ID, dynamic and contextual controls with the Touch Bar and a large Force Touch trackpad. The MacBook Pro also features ultra-fast SSD storage, the Apple T2 security chip for enhanced security, and powerful, versatile Thunderbolt 3 ports for data transfer, loading, and connecting up to two 5K displays or four external GPUs.

With this 2019 model, Apple wants to – at least try – solve the problem of keyboards with butterfly mechanism once and for all.

Apple Apologizes for Butterfly Keyboard Problems; but is that enough?

To TechCrunch, the company said it has changed the butterfly keyboard engine materials, saying that this new composition will substantially reduce the duplicate and / or failure key problem – without specifying exactly what was done.

According to the TechCrunch, although Apple believes that this change in keyboard will solve everything once and for all, the company has included all keyboards with butterfly mechanism (of all its line of notebooks) in the program of repair of keyboards – previously only models 2015, 2016 and 2017 from MacBooks [Pro] were part of the program; now, the MacBooks Air of 2018 and the MacBooks Pro of 2018 and 2019 (yes, today's release is already part of the program) are also a joke!

Here are the machines that are now part of the recall:

If you have one of these machines and they have problems with the keyboard, Apple will replace the new fourth-generation butterfly mechanism – the "new" keyboard does not change Apple's appearance or typing experience of previous generations.

In addition, Apple has also said it is making substantial improvements in the repair processes of these keyboards at Apple Stores in order to speed things up and leave the customer as little time as possible without their machine. In both the United States and Brazil, MacBook Pro prices remain the same. 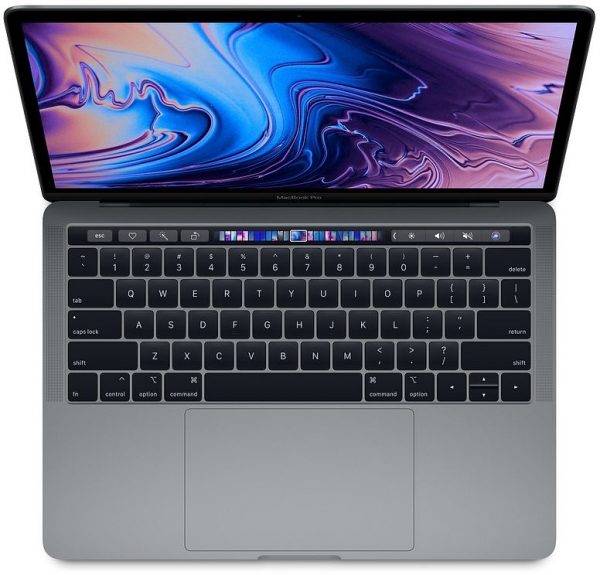