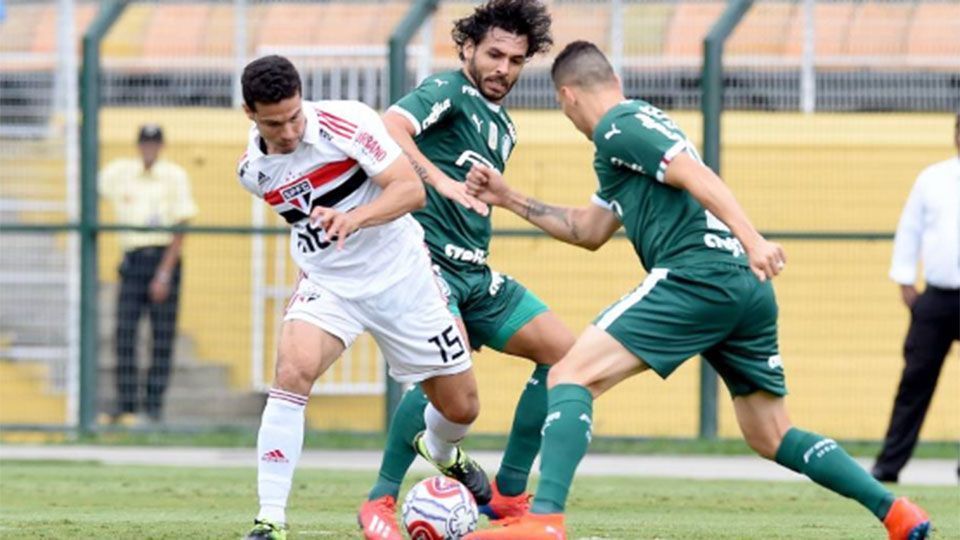 After the two games this Tuesday, the future of Sao Paulo in the Paulista Championship was less foggy. With 0-0 between Santos and Red Bull and the rout Palm Trees on the Novorizontino, only a surprising classification of the Railroad in the penalties would prevent a Shock-King in the semifinals of the State. This, of course, if Sao Paulo advances against the Ituano.

For São Paulo not to face Palmeiras it was necessary that Santos beat Red Bull on Tuesday at Moisés Lucarelli in Campinas. The two teams, meanwhile, played a warm game, and the score was not changed during the 90 minutes.

Sign in ESPN.com / program and stay inside the best of the sport!

Palmeiras, meanwhile, did their homework and gave no chance to Novorizontino. Despite having a hard time in the first leg, coach Luiz Felipe Scolari's side did not know about their opponents in Pacaembu on Tuesday and tried to score 5-0.

As the sum of the points of the teams continue happening even after the end of the first phase, São Paulo would have to win the Ituano again on Wednesday and count on the surprising classification of the Railroad on penalties not to face Palmeiras. In this case, São Paulo would have the third best campaign, which would make him face Santos, who has the second best performance among the remnants.

If Ituano is able to reverse the advantage of Sao Paulo built in the first game and Ferroviária qualify on penalties, the semifinals will be Santos x Ituano and Palmeiras x Ferroviária. Any other result between Ferrovial and Corinthians makes the next phase count with Palmeiras vs. Ituano and Santos vs. Corinthians or Ferroviária.

If the four majors qualify, Santos faces Corinthians, while Palmeiras pick up São Paulo, who will have the difficult task of playing the match back at Allianz Parque, where he has never won.