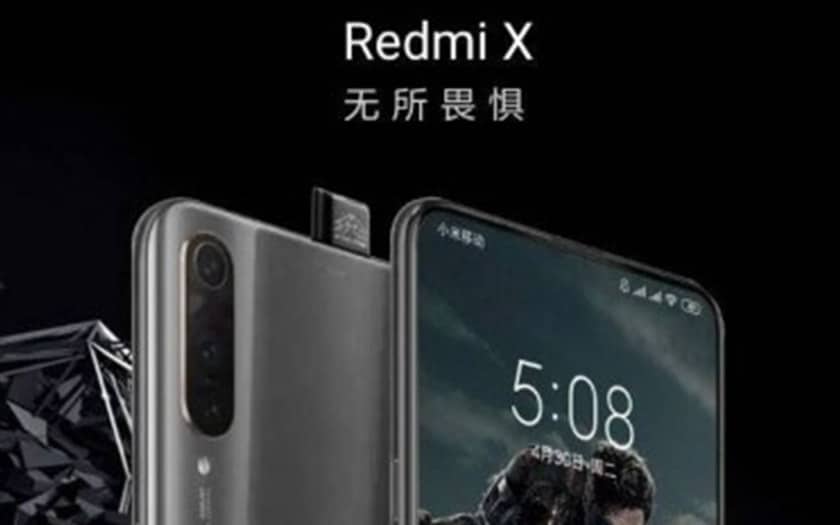 Xiaomi has unveiled teaser images of a Redmi smartphone equipped with a retractable photographic sensor, such as Vivo Nex or OnePlus 7 Pro. The latest news is not the only smartphone of the brand that can enjoy a selfie sliding sensor.

Xiaomi posted on Sina Weibo, the Chinese social network, a mysterious photo of a smartphone with retractable front sensor placed in the dark, reports XDA Developer. Without saying more about the spec sheet or features of the handset, the brand added a video in the sequence where the latest smartphones Redmi, Redmi 7, Redmi Note 7, which we tested, and Note 7 Pro, appear next to a fourth model yet unknown, with sliding sensor. The video also reveals some excerpts from the Avengers Endgame, which has just been released in theaters.

This is not everything. A few hours after Xiaomi's teaser video, a surfer posted on Sina Weibo the promotional poster photo of a Redmi X, reports the GSM Arena. There is a triple rear photo sensor, a large borderless screen, a retractable front photo sensor in the middle of the frame and a full rear window. Note the absence of a fingerprint sensor on the back. We can therefore expect the manufacturer to include a unit under the screen. There are rumors that Xiaomi will launch several Redmi smartphones with sensor under the screen in 2019.

As announced, the Redmi X is not the only smartphone with camera pop-up in boxes of the Chinese brand. A few weeks ago, a leak revealed the existence of Redmi Pro 2, a medium-range smartphone powered by a Snapdragon SoC 855. It would also be equipped with a sensor underneath the screen. The Redmi X is very similar to Redmi Pro. They are differentiated only by the location of your selfie photo sensor, further left on Redmi X and further right for Redmi Pro 2. We should know more about the upcoming Redmi smartphone soon.