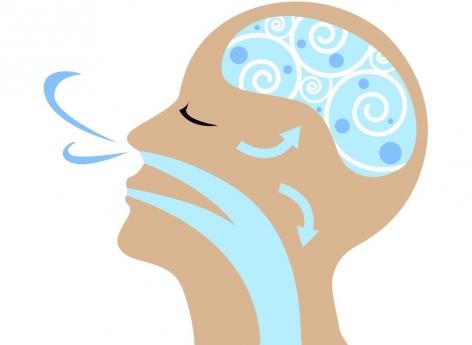 Exercise helps maintain muscle and cardiovascular health, but it is no longer necessary to put sneakers to achieve this: American researchers have developed a small device that can train respiratory muscles. Users notice a decrease in blood pressure after six weeks. Researchers at the University of Colorado – Boulder publish the first conclusive results of their study.

A method developed in the 1980s

The method developed by American researchers is called INspiratory Muscle Strength Training (IMST), which means "to train the strength of the respiratory muscles". Developed in the 1980's, it allows you to work all the muscles that allow you to breathe thanks to a small device that you hold in your hand: just put it in your mouth and breathe, the small machine then causes a resistance that will allow the muscles to grow.

Initially, the technique was used only for patients with pulmonary disease. The latter used it for half an hour a day to improve respiratory capacity.

In 2016, scientists at the University of Arizona tested the device on people with obstructive sleep apnea. 30 breaths a day helped to strengthen respiratory muscles and improve sleep. After six weeks, the researchers discovered an unexpected side effect: their blood pressure was reduced by 12 millimeters of mercury, twice as much as aerobic exercise allows.

Other studies have been conducted since then and the results are conclusive, according to the research team. Using the device five minutes a day, participants saw blood pressure drop and cognitive function improved. The researchers asked them to run on a treadmill to exhaustion, and training with the device allowed them to stay longer and consume less oxygen. Other tests need to be done, but so far no significant side effects have been identified.

In France, between 10 and 14 million people suffer from hypertension, but only half are treated.