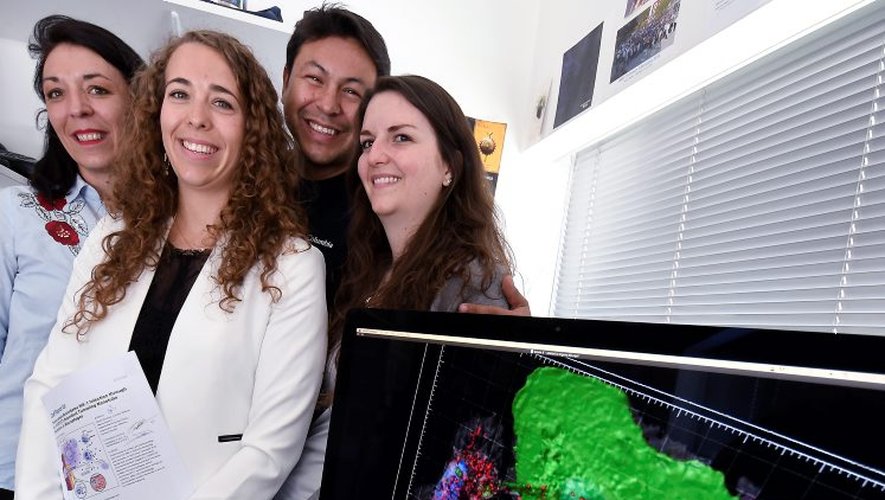 World leader in research on tuberculosis and infection biology, the Institute of Pharmacology and Structural Biology of Toulouse (IPBS / CNRS / University Toulouse III Paul-Sabatier) has just highlighted itself through a study published in the journal Biology of cell reports. Two teams (1) associated with another team from Toulouse (2) and researchers from Argentina (3) worked on tuberculosis and AIDS virus (HIV) co-infection, which currently affects 1.2 million people worldwide. especially in Africa, South America and Eastern Europe. This diabolical combination complicates the diagnosis and treatment of patients.

"The existence of nanotubes in an HIV context has been known since 2009. We have been able to show that their numbers are even higher when there is also tuberculosis. This TB helps the HIV virus to spread, this is new," says Shanti Souriant , who worked on the subject during his thesis at IPBS. "Nanotubes are like tunnels, they serve as a gateway to the HIV virus that spreads faster than if you were alone," adds Christel Vérollet.

Teams from Toulouse and Argentina, in collaboration with American research laboratories, wanted to understand how nanotubes were formed to account for their inhibition. "We found that interleukin-10 (IL-10), a molecule secreted in the case of tuberculosis, plays an important role in the formation of nanotubes in the lungs, where the disease manifests itself when it is severe. a crucial anti-inflammatory in the human body, it will have to go through a level above, "adds Shanti Smiling. "This work brings new insight, while few teams are working on TB / HIV co-infection and the pharmaceutical industry is not interested in this, since there are treatments for each disease," concludes Christel Vérollet.