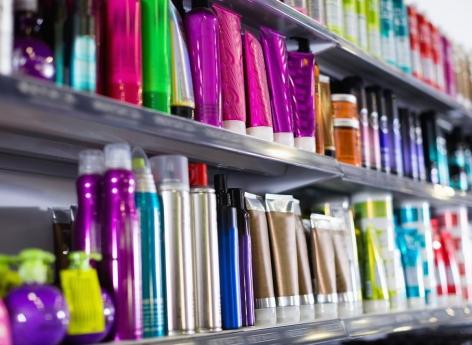 In the June 11, 2019 edition, UFC Que Choisir gives advice to consumers to sort their cosmetic products. The association analyzed 171 products of daily living (toothpastes, deodorants, moisturizers, shampoos, aftershave lotions, etc.) among the 170,000 references of its application. The results are displayed according to the consumer profile (baby, pregnant, child or adult) and the type of use. Here are some lessons.

Despite the warnings expressed by scientists, no less than 143 worrying substances still remain authorized by the European Union. According to UFC Que Choisir, we still find in some products "endocrine disruptors like propylparaben in moisturizing milk Mixa Intensive dry skin anti-dryness and Neutrogena T / shampoo + care 2-in-1 gel for dry and weakened hair."

Titanium dioxide, still in the center of the debate

The UFC-Que Choisir announced in its communique further urge European authorities to ban the most dangerous substances, including titanium dioxide, "present in more than 7000 references," according to the association. Recently, the National Agency for Food Safety, Environment and Labor (ANSES) has confirmed, based on new studies, the need to ban titanium dioxide in food products. This provision was voted by the French parliamentarians.

"But while the European authorities are currently reviewing the conformity of this measure with European law, it is not excluded that they require France to re-authorize this harmful dye, "however adds the UFC Que Choisir. According to the association, far from being limited to foodstuffs, titanium dioxide is present in ingestable cosmetic products such as toothpastes, mouthwashes and lipsticks.

The practical guide to the association, however, is not all black. The UFC Que Choisir also highlights products from manufacturers who have succeeded in eliminating harmful substances. This is particularly the case of the Intermarché Labell 2-in-1 infant shampoo, which is harmless and inexpensive. For men, the guide advises the high-precision foam of Mennen's Pro-tech system instead of Gillette's ultra-sensitive Fusion 5 shaving gel that contains propylparaben.