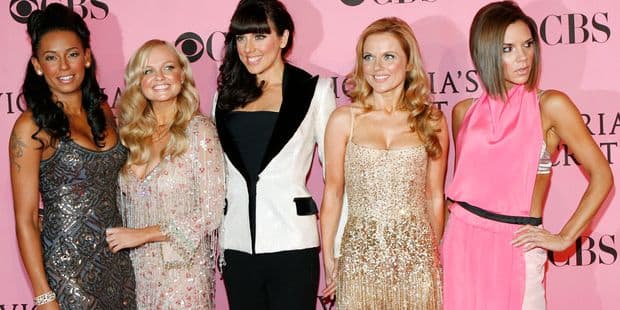 The Spice Girls, a group of British women who had a popular success in the 90s, announced on Monday the retirement on a six-date tour in June 2019 in the UK.

The quintet is still incomplete: Victoria Beckham, who participated in the initial adventure, is not part of the project. After making a name for herself in the band, she became a respected fashion designer and, along with former football player David Beckham, has formed one of the most prominent couples in the UK.

"Only four of us confirmed, but, you know, Vic could join us along the way," said Melanie Brown on ITV.

The group will perform in Coventry on the 3rd, Sunderland on the 6th, Edinburgh on the 8th, Bristol on the 10th and finally at Wembley Stadium in London on 15 June. Tickets will go on sale Nov. 10 at 10:30 GMT.

"Bringing our message of friendship and love back to the girl's power and power + seems more relevant than ever," she said in a statement.

Victoria Beckham sent a message of encouragement to her former partners, acknowledging that belonging to the Spice Girls had been "a very important part of her life." "I wish lots of love and pleasure for the girls on this tour back," she said.

The pop band was created by the cast in 1994, and has enjoyed international success since their first single "Wannabe".

The Spice Girls split in 2000 after recording their third album, Forever, before reuniting again for a world tour in 2007-2008, and then at the closing ceremony of the London Olympics. in 2012, as well as the release of the musical "Viva Forever!"