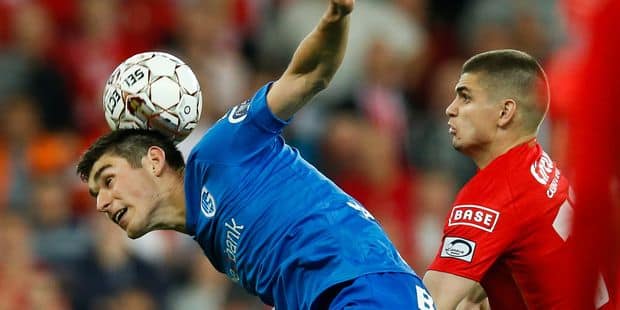 The reactions of the players after the match between the Rouches and the Genkois.

I think it was a very important moment for us tonight. We should stick around and focus on our services. It's been seven years since we won here. We play mature and intelligent. Heynen did not play very early in the season. He hung up and then played fantastically. No one talks about Pozuelo because everyone is on a very high level.

In the first half, I think we deserve better. They were very effective tonight and it made all the difference. With 0-2, they controlled the game more easily. We have big attackers who are injured. We should try to adapt and play differently. In front of strong defenders, it is not easy. I think we ended up running out of efficiency. Physically I feel good, but the coach makes his choices and we try to be ready when they call on us.

I'm very sad tonight. It's been a long time since we got lost here. I do not know if it's deserved. At first, they scored at their only opportunity. So I think they were more effective. We barely started the second period, discounting directly. It was very difficult morally and it was not easy to believe after this hard blow. We had already done this season but it did not work tonight. I'm happy with my goal, but it was not used for anything.

I think we can be logically happy tonight. At the start of the play-off, everyone said we were not favorites. The victory against Bruges made us go mentally. Won here was very important for the future. We are well graded to go to the end. The mentality is perfect from the start of the season and that's what makes us strong. There are still 5 games including a great trip to Bruges. Today we play maturity early in the game. Home Standard is very strong and it is never easy to win here. Heynen was very good today. He comes from the gym, which is very important to us. We have confidence in him and I think he will be a major player next year. Ito and Samatta were also very important.

It was an extraordinary game for my players! Two wins in a week with a different tactic. I am very proud of them and their flexibility as they adapt to many diagrams. Standard has lost only one home game this season. It is never easy here so that we can be proud of ourselves. The goals were well brought. We do not listen to outside advice. What matters to me is what we produce on the ground. We stay calm and focused and that's the most important thing.

Both teams created the game tonight. The difference is that they score and not us. The danger came from the second line with Marin. I think the first one was good, but the efficiency was for them. You can analyze the game and tell me why they score, but not us …