Space Force, the series based on an idea by Donald Trump, will bring $ 1 million per episode for this actor 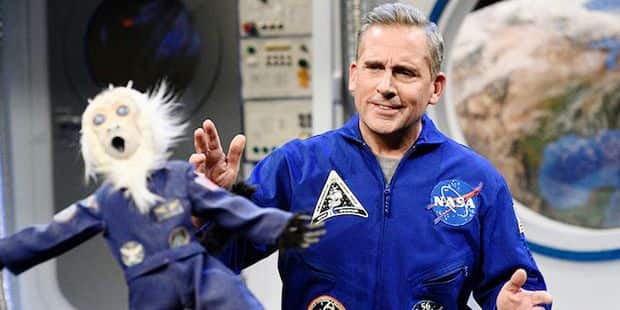 
Space Force will allow Steve Carell to beat the record $ 1 million per episode.

The event is certainly not trivial. It is not every day that a television series is built on an idea presented by the president of the world's most powerful country, the United States. And, the designers of Space Force do not hide it: without Donald Trump, this new saga would never have seen the light of day. Yes, yes, Donald Trump, who does not just think about building walls and Twitter about everything and nothing.

On June 18, 2018, the man with the indefinable yellow hairstyle calls for the creation of a sixth military branch, along with the US Army, US Navy, US Air Force, US Marine Corps and Coast Guard. USA: a Space Command. Your objective: "Protect satellites and respond to all space-related tasks."

It was not long before the creator of the series The office, Greg Daniels and Steve Carrell to imagine the adventures of a group of people responsible for designing and organizing this new military division.

The first episode of what appears to be a comedy has not yet been written, but Netflix has already ordered a full set of Greg Daniels and Steve Carell. The latter is not content to produce this new spectacle. It will also play the leading role. With a good check for the key. According to sources close to the project, cited by The Hollywood ReporterEach episode would be worth a million dollars. An astronomical amount, hitherto reserved only for the stars of Big Bang Theory.

He will only have to show some patience before feeling the dollars: the project is still in its infancy, and no date of filming or broadcasting has been advanced.